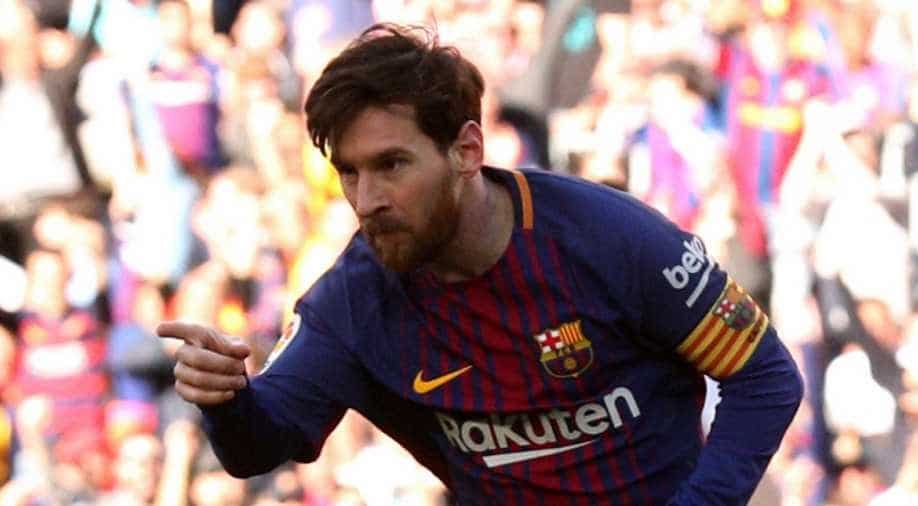 Barcelona moved 11 points clear at the top of La Liga on Sunday after beating Athletic Bilbao 2-0 at home with a goal from Paco Alcacer and a thumping strike from Lionel Messi in the first half.

Alcacer took the place of suspended striker Luis Suarez in the starting line-up and scored a first goal in three months to put Barca ahead in the eighth minute, side-footing home a pass from Jordi Alba after Messi had cut in from the left.

The Argentine scored for the sixth game in a row in all competitions and for the 25th time in this league campaign when he doubled Barca's lead in the 30th minute with a deadly strike into the bottom corner from the edge of the area.

Barca lead the standings on 75 points, 11 ahead of nearest challengers Atletico Madrid who were visiting Villarreal later on Sunday, with champions Real Madrid hosting Girona.

The Catalans were missing injured midfield linchpin Sergio Busquets as well as Suarez. However, they were rampant in the first half and could have taken a heavier lead into the break as Brazilian midfielder Philippe Coutinho hit the woodwork twice and his compatriot Paulinho struck a post.

The unbeaten league leaders slowed down in the second half and Athletic came into the game for the first time but despite numerous forays into Barca's area they rarely got close to troubling goalkeeper Marc-Andre Ter Stegen.