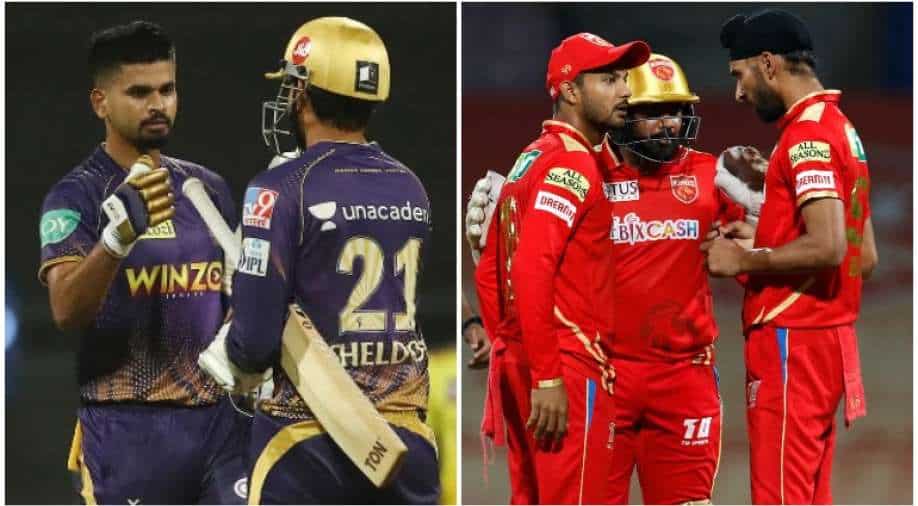 Match 8 of the IPL 2022 edition will see the two-time winners KKR lock horns with PBKS at the iconic Wankhede Stadium, Mumbai. Here's the match prediction:

The T20 action will continue on Friday (April 1) as match 8 of the IPL 2022 edition will see the two-time winners Kolkata Knight Riders (KKR) lock horns with the 2014 runners-up Punjab Kings (PBKS) at the Wankhede Stadium, Mumbai.

Both sides had contrasting results in their respective last encounters. After a terrific win versus the defending champions Chennai Super Kings (CSK) in the season-opener, KKR conceded a close game to the Royal Challengers Bangalore (RCB) and, hence, will be eager to return to winning ways. They were asked to bat first versus Faf du Plessis-led Bengaluru, however, their batters fell flat as KKR were bundled out for 128 in 18.5 overs. In reply, KKR stretched the game to the last over before RCB won by three wickets.

On the other hand, Punjab have played only one encounter so far. They also met RCB in their previous game and went past the three-time runners-up by five wickets in a tall run-chase of 206 at the Dr. DY Patil Stadium, Mumbai.

ALSO READ | It is wrong, no doubt about that: Former cricketers slam MS Dhoni over CSK captaincy situation after LSG loss

Match prediction for KKR vs PBKS clash: The toss will play a crucial role in deciding the winner of the face-off. Both captains will once again be eager to bowl first and will back their respective troops to chase down any total on a good batting track at the Wankhede. In terms of batting, there is enough firepower in both teams. In bowling, KKR might have an edge given their two big guns, Sunil Narine and Varun Chakravarthy. For Punjab, the onus will fall on Kagiso Rabada, Rahul Chahar and Arshdeep Singh.

Expect another run-fest. Expect another win for the chasing side. At this point, KKR might have an edge over PBKS (given their variety in bowling and Punjab's knack for being inconsistent).