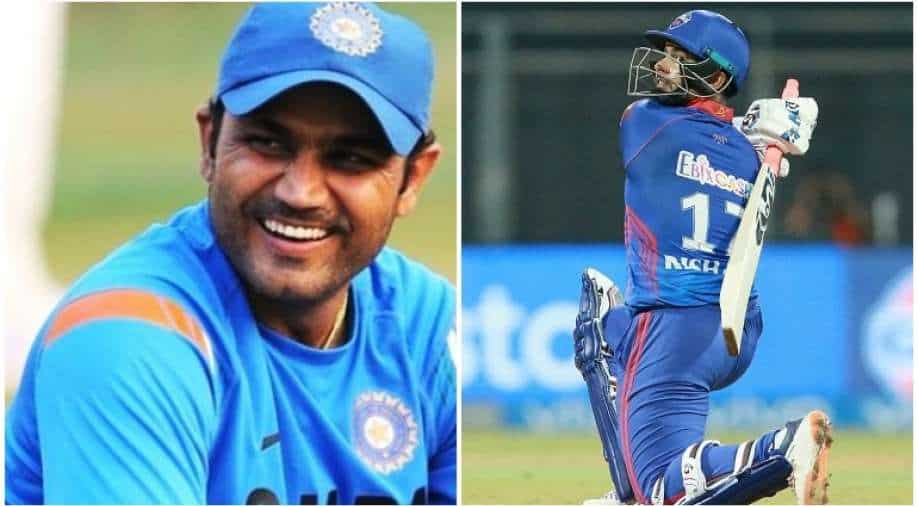 Match 41 of the IPL 2021 edition saw the in-form Rishabh Pant-led Delhi Capitals (DC) lock horns with the two-time winners Kolkata Knight Riders at the Sharjah Cricket Stadium, Sharjah on Tuesday (September 28). In the low-scoring encounter, KKR managed to emerge on top of the DC franchise by 3 wickets -- in pursuit of 128 -- to pick up two vital points.

While Pant-led DC lost the encounter, the IPL 2020 runners-up remain in the top-two in the overall standings. For the skipper Pant, it was a decent game as he made a sedate 36-ball 39 and rotated the bowlers to make it tough for the Kolkata franchise. However, the 23-year-old achieved an elite feat during the match; surpassing Virender Sehwag to make Delhi franchise's leading run-scorer of all-time.

Talking about DC vs KKR clash, KKR opted to bowl first as none of the DC batters played till the end to take Delhi beyond the 130-run mark. Courtesy Pant and Steve Smith's 39 apiece, DC were restricted for 127-9 as Venkatesh Iyer, Lockie Ferguson and Sunil Narine picked up two wickets each. In reply, Nitish Rana's unbeaten 36 and Shubman Gill's 30 took KKR to the target in 18.2 overs with 3 wickets in hand.