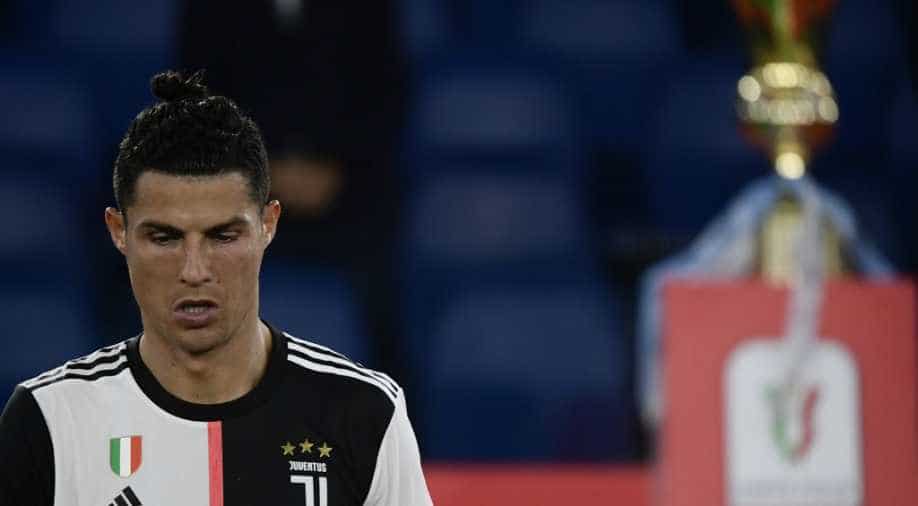 In the final 15 minutes, Ronaldo collided with Spanish midfielder Luis Alberto after which he was seen limping off the pitch.

Juve boss Andrea Pirlo confirmed that star Cristiano Ronaldo suffered an injury by the end of 1-1 draw against Lazio.

In the final 15 minutes, Ronaldo collided with Spanish midfielder Luis Alberto after which he was seen limping off the pitch.

During the post-match conference, Pirlo said: "[Cristiano] Ronaldo is a key player not only for us but for all the teams he has played for. Unfortunately he had an ankle problem and was forced to leave the field."

The severity of the injury is still unknown.

The Portuguese has missed out on most of the action this year. Earlier, he was tested positive for coronavirus and now the injury.

This injury has come amidst reports that suggest Juventus are considering to sell the Portuguese in the upcoming summer. The report comes as rumours are making rounds that the player is not intending to extend his contract with the club.