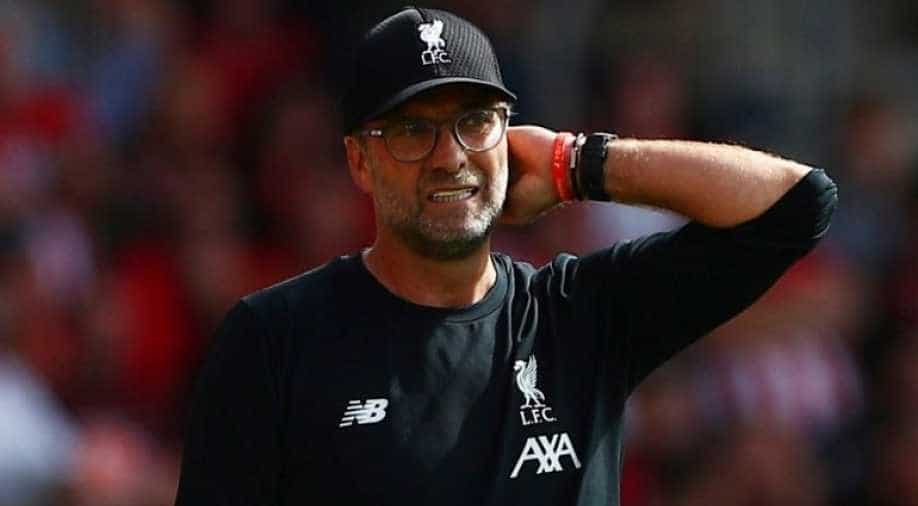 Jurgen Klopp has warned Liverpool that retaining the Champions League will be even harder than their incredible march to victory in Madrid last season.

Klopp's side start their bid to win a seventh European Cup with a trip to Napoli for their Group E opener on Tuesday.

The Reds have reached the last two Champions League finals, beating Tottenham in the Spanish capital in June after losing to Real Madrid 12 months earlier.

But Klopp believes Liverpool face a daunting task to make it to the final in Istanbul's Ataturk Stadium -- a venue which carries extra resonance for the club after they won the 2005 Champions League with an astonishing comeback against AC Milan in the same stadium.

Before Liverpool can dream of emulating Steven Gerrard and company's triumph by the banks of the Bosphorus, Klopp knows they will have to run the gauntlet in what he expects to be a fiercely contested tournament.

Napoli are expected to pose the sternest test to Liverpool in a group which also includes unfancied Salzburg and Genk.

Carlo Ancelotti's team came within a whisker of ending Liverpool's European campaign in the group stage last season when Alisson Becker's superb late save denied Arkadiusz Milik to preserve a 1-0 win at Anfield that sent the Reds into the last 16 at the expense of Napoli.

Even if Liverpool should advance to the knockout rounds without so much drama this season, Klopp is wary of the restocked superpowers certain to be lying in wait in the latter stages.

"I will have no problem with it (reaching the final) if it happens again, but at this moment I am not too sure it will," he said when the draw was made in August.

"We have the same chance like everyone else, but that is all, and I don't see us, the English teams, dominating. I really think a lot of teams have a good chance.

"Look at the squad Borussia Dortmund has and tell me we are stronger than them. That is incredible. They can make five changes and you think: 'Really, they didn't play last week? Why?' There are a lot of quality teams.

"Juventus will be there, PSG will be there. Real Madrid? Do you think they gave up already? Bayern Munich now finally brought in Perisic and Coutinho which is a big boost."

While Liverpool will always have a special relationship with the Champions League after the club's dominance of the competition in the 1970s and 1980s, it is not hard to believe that some die-hard Kopites would happily exchange their continental supremacy for a season of domestic bliss.

Having erased the pain of that 2018 final defeat against Real, Liverpool's main goal this term is to end the club's long wait to win the English title.

Pipped to the Premier League trophy by Manchester City on the final day of last season, Liverpool are desperate to win the title for the first time since 1990.

That desire has been clear to see in a blistering five-game winning streak which has already taken them to the top of the table this season.

Even an injury to Alisson has failed to interrupt their flow and the Brazilian keeper's replacement Adrian admits Liverpool's rock-solid defence -- marshalled by the imperious Virgil van Dijk -- has made his life much easier as the former West Ham player adapts to his new club.

"It's easy to play with them; you have some of the best players in the world, the best defenders, midfielders and attackers. From the back, I need to help on the occasions when I have to," Adrian said.

"I'm really proud to have won the last few games. We are in a good moment, we are like a rock – all together, the manager, the staff, players and fans. The club is living a great moment."