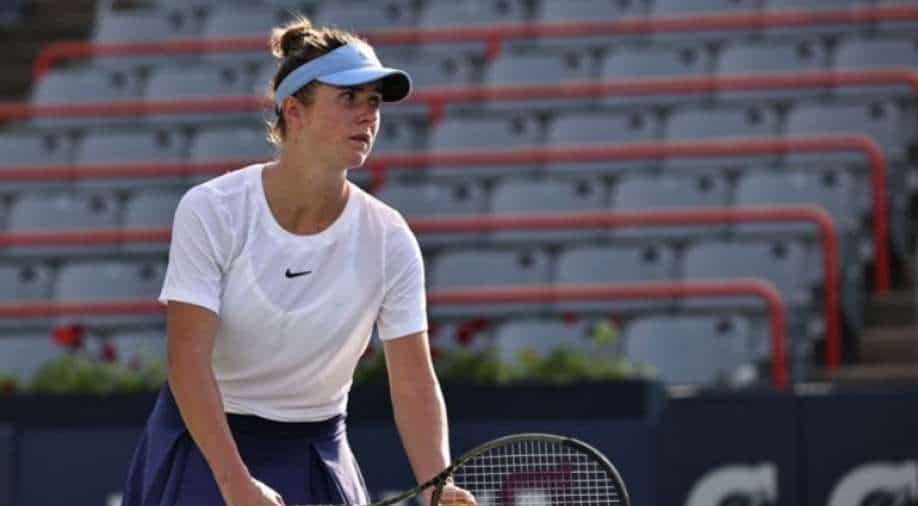 Konta, who won the Nottingham grasscourt title in June, was forced to withdraw from Wimbledon a day before the Grand Slam got underway when a member of her team tested positive for COVID-19.

Britain's Johanna Konta said on Sunday she is still not sure if she should have taken the COVID-19 vaccine despite having to pull out of the Tokyo Olympics after a positive test affected her preparations.

Konta, who won the Nottingham grasscourt title in June, was forced to withdraw from Wimbledon a day before the Grand Slam got underway when a member of her team tested positive for COVID-19.

The 30-year-old then tested positive during her self-isolation and said COVID had affected her both physically and mentally.

"It was a combination of feeling quite ill so I was sleeping or just existing for a few days," she told reporters ahead of the US Open, which begins on Monday.

"There was also a period there where I had to work through my own feelings of injustice at all of it, like: 'Why now?' sort of feeling. I needed a bit of space and a bit of licking my wounds."

When asked if she regretted not taking the vaccine, she said: "I don't know, I'm not too sure."

The Briton also said she did not want to be drawn into an argument about COVID-19 vaccinations being mandatory to play at certain tournaments.

Konta's compatriot Andy Murray has said players travelling around the world had a 'responsibility' to get vaccinated.

"This is a tricky thing to talk about because it's a very inflammatory subject and there's no real right answer," Konta added.

"I don't want to talk about it because I wouldn't be able to get my point across without it being a case for argument."