Jason Roy explains reason behind pulling out of IPL 2022: It's added up and taken a toll on me 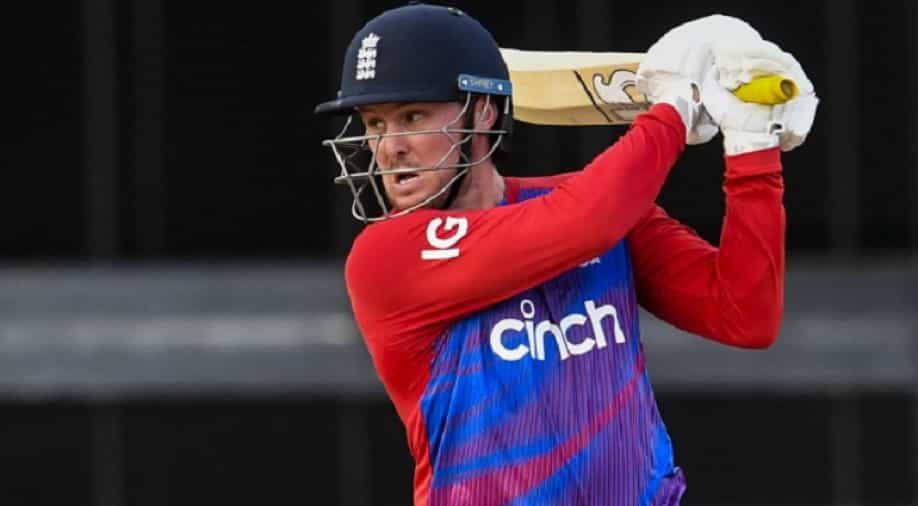 Jason Roy explained why he decided to pull out of IPL 2022. Photograph:( AFP )

England opener Jason Roy explained the reason behind opting out of IPL 2022 after announcing that he won't be able to turn up for Gujarat Titans in the tournament this year.

England opener Jason Roy on Tuesday announced he will not be taking part in the upcoming edition of the Indian Premier League (IPL) 2022. Roy was roped in by Gujarat Titans at the IPL 2022 mega auction at his base price of Rs 2 crore (INR 20 million) and was expected to play a key role for the franchise next season.

Roy opened up on his decision to pull out of the tournament on social media and explained how playing in strict bio-bubbles over the last few years has taken a toll on him.

"Hi everyone, especially the Gujarat Titans fans and squad. It's with a heavy heart I have decided to pull out of this year's tournament. I want to thank the management and captain Hardik for putting your faith in me and picking me in the auction. However, with everything going on in the world over the last 3 years it's added up and taken its toll on me," Roy said.

"I feel it's only right I spend some quality time with my family. As well as spending time working on myself and my game over the next couple of months leading into a very busy year," he added.

Roy also wished good luck to Gujarat Titans and his teammates at the club for the upcoming season and said he will be cheering for them in their debut campaign.

"I will be following each game of the Titans and backing them to lift the trophy in their first year of the tournament. Thank you everyone for the continued support and I hope you can all respect and appreciate my decision," Roy said.

Roy, who has played 13 matches in his IPL career so far, had earlier pulled out of IPL 2020 before being roped in as a replacement player by Sunrisers Hyderabad last season.