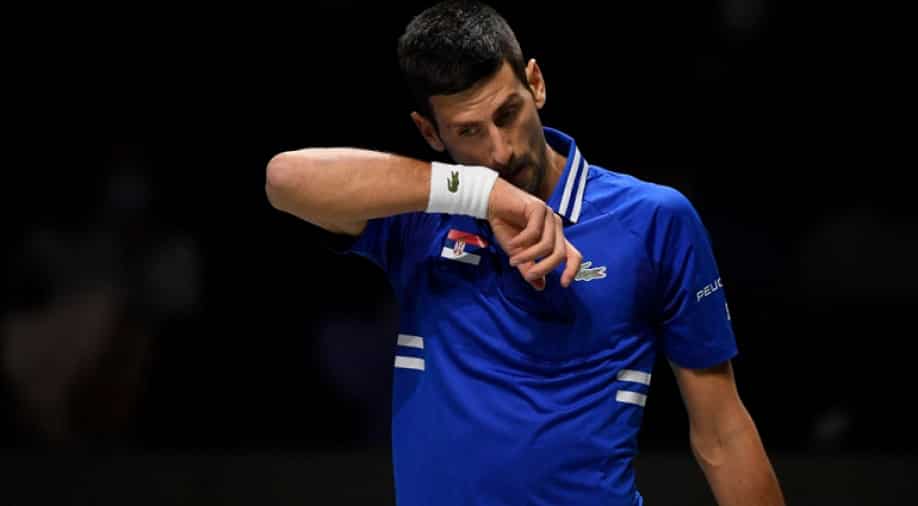 Novak Djokovic has been detained by the Australian authorities ahead of Australian Open. Photograph:( AFP )

Serbian journalist Saša Ozmo has slammed the Australian government and authorities for detaining Novak Djokovic, who had landed in the country for the Australian Open 2021.

World no.1 Novak Djokovic's detention by the Australian authorities has left his fans around the world angry and disappointed. Many have slammed the Australian government for the treatment rendered to the tennis superstar, who had headed Down Under in a bid to defend his title at the upcoming Australian Open 2022.

However, Djokovic's visa was revoked by the authorities in Melbourne and he was later sent to an immigration detention hotel. Djokovic, who has refused to reveal his COVID-19 vaccination status, had come to Australia after being granted a medical exemption.

However, his visa which was obtained on the grounds of the medical exemption was cancelled due to Australia's strict vaccination requirements. Djokovic, who had last year maintained he might not take part in the Australian Open due to the strict rules regarding players' vaccination, had earlier this week confirmed he was heading Down Under after being granted a medical exemption.

Serbian journalist Saša Ozmo, who works for Sport Klub Serbia shared his views on the raging controversy during an interaction with WION from Belgrade. Ozmo slammed the Australian government and authorities for the miscommunication and the unfair treatment handed out to the tennis star.

"I think it is a complete disgrace the way Australian authorities have treated him. Because it is absolutely not his fault, the miscommunication of the different levels of power in Australia between the state and the federal government, and tennis Australia," Ozmo told WION.

"If he was not granted an exemption, he would have never boarded the plane. But upon his arrival, he was placed in isolation. He is in a detention hotel. That is not the way to treat anyone, not someone who is a prominent figure in Australia as well having won the Australian Open nine times," he explained.

When asked about the support for Djokovic in Serbia, Ozmo said not just the Serbian fans and public but the tennis superstar's fans across the globe feel that he didn't deserve the kind of treatment that he has been subjected to by the Australian government.

Djokovic had recieved permission to enter Melbourne from the Victoria government. However, the state government does not have the authority to issue visas to international travellers. The Australian government has maintained that the tennis star has not been held captive and is free to leave the country whenever he wants.

Djokovic's lawyers have won the legal approval for him to remain in Australia till a court hearing against the federal government on Monday.