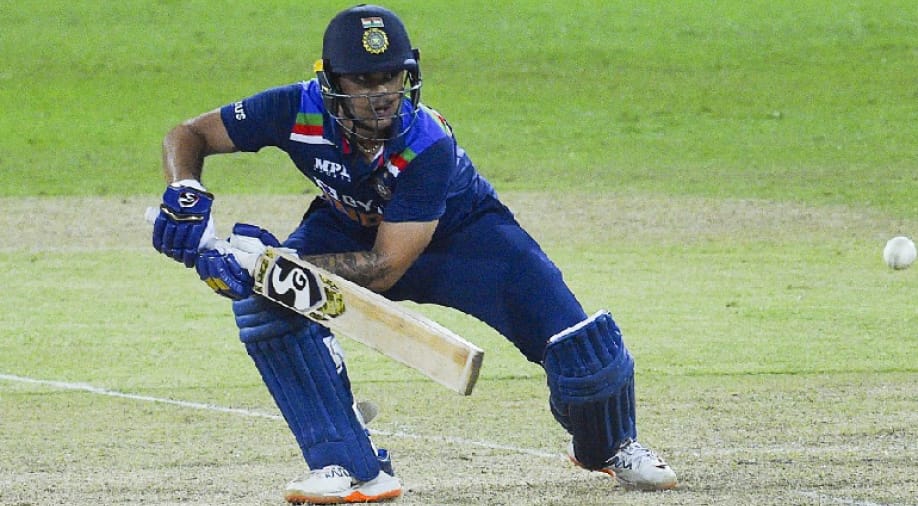 Young batters Ishan Kishan and Shahrukh Khan have been added to India's squad ahead of the first ODI against West Indies on Sunday.

Opener Ishan Kishan and hard-hitting Tamil Nadu batter Shahrukh Khan were on Saturday added to the Indian squad for the first ODI against West Indies to be played here on Sunday.

The All-India Senior Selection Committee has added Ishan Kishan and Shahrukh Khan to India's squad for the first ODI against the West Indies to be played at the Narendra Modi Stadium on Sunday,? BCCI secretary Jay Shah said in a media release.

Earlier in the day, skipper Rohit Sharma had already confirmed that Kishan would open the batting with him when the hosts take field on Sunday at the Motera'.

"Ishan Kishan is the only option we have and he will open with me," Rohit said on the eve of the series-opener.

"Mayank (Agarwal) was added to the squad and he is still in isolation. He came (joined) late and we have some rules in place. If someone is travelling, we have to put them in (mandatory 3-day) quarantine. He has still not finished his quarantine, so Ishan will open the innings,? elaborated Rohit.

Kishan was also a prominent member for the Mumbai Indians in the IPL. The 26-year-old Chennai-born Shahrukh, known for his abilities to finish games, is a right-handed batter. He has played 33 List A' games from which he has scored 737 runs.