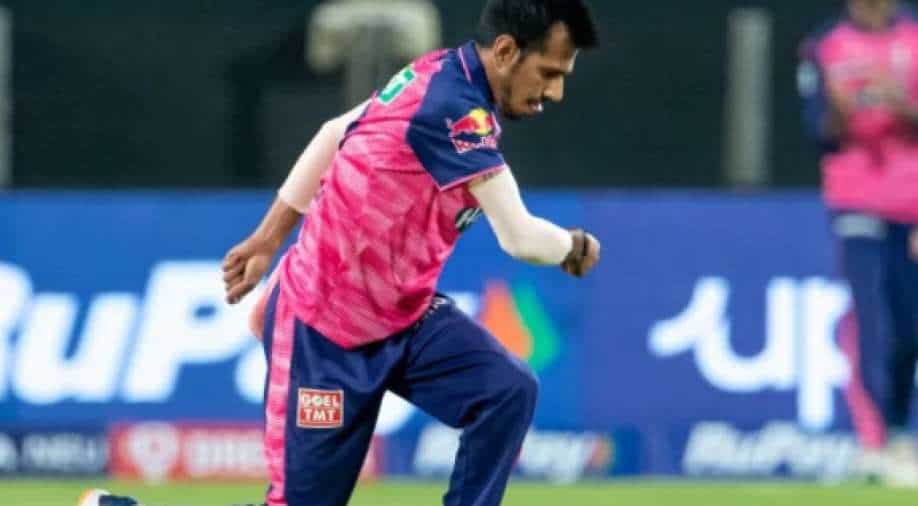 It has been an impressive season for Yuzvendra Chahal in the Indian Premier League (IPL) 2022 as he added a massive milestone to his name. The leg-spinner became the second bowler in the history of the tournament to take 20 wickets or more in four different editions after legend Lasith Malinga.

Chahal has been claiming wickets at regular intervals and against Punjab Kings on Saturday, the spinner was once again the pick of the bowlers as he claimed three wickets. Currently, Chahal has 22 wickets from 11 matches, and he is four wickets ahead of second-placed Kuldeep Yadav (18 wickets).

On Saturday, Chahal stopped Punjab Kings from scoring big as he claimed the wickets of Bhanuka Rajapaksa, Mayank Agarwal and Jonny Bairstow. The wrist-spinner was able to generate a lot of movement from the pitch as he ended the innings with figures of 3/28 in four overs.

Thanks to his performances, Chahal also became the most successful Rajasthan Royals spinner in a season as he surpassed Shreyas Gopal’s tally of 20 wickets that he achieved in 2019.

Punjab Kings ended the innings on 189/5 in 20 overs with Bairstow top scoring with 56. Jitesh Sharma and Liam Livingstone played blinders towards the end to solidify the innings.