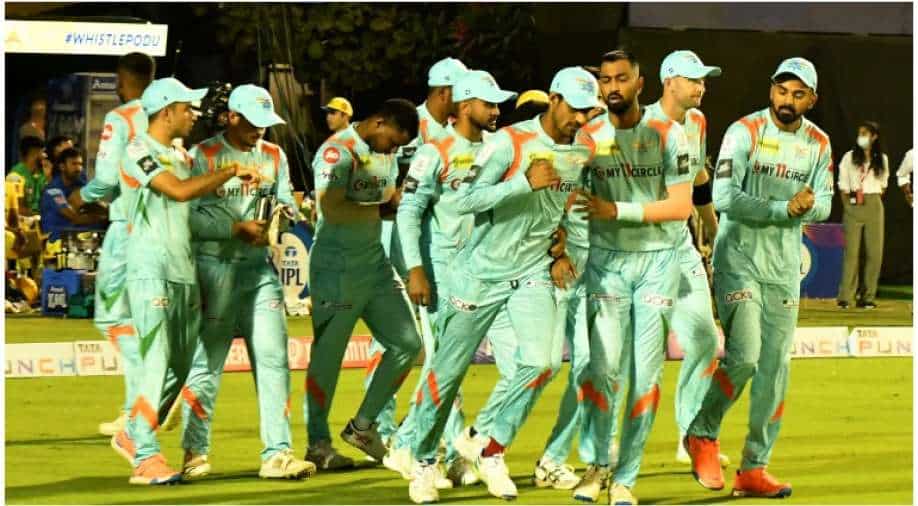 IPL 2022: With Jason Holder now being available, KL Rahul-led Lucknow Super Giants (LSG) will be eager to include him in the playing XI. Here's LSG's predicted line-up for SRH encounter -

Match 12 of the IPL 2022 edition will see the one-time winners Sunrisers Hyderabad (SRH) take on the Lucknow Super Giants (LSG) at the DY Patil Sports Academy, Mumbai on Monday evening (April 4). While the Hyderabad franchise have lots to ponder upon after a forgettable start to their campaign versus Rajasthan Royals (RR), the KL Rahul-led Lucknow team will look to build on their maiden win in their previous game, beating the Chennai Super Kings (CSK) by six wickets.

Talking about the last game of the Lucknow franchise, they came up against the defending champions Ravindra Jadeja-led CSK outfit. Asking them to bat first, Lucknow leaked runs at will and were set a tall 211-run target by the Yellow Army. However, Rahul's 26-ball 40, Quinton de Kock's 61, and fireworks from Evin Lewis (55 not out) and Ayush Badoni's 9-ball 19 propelled the new franchise to a memorable win. While their batters had a dream run versus Chennai, Avesh Khan-Andrew Tye were among the wickets despite being economical whereas Ravi Bishnoi was the star with the ball (4-0-24-2).

Lucknow will square off against a relatively weaker SRH line-up and hope to make it two wins in a row. They will play in a stadium that has seen contrasting results for batters. Meanwhile, spinners have been in business for more time than the pacers. Although a winning combination need not be changed, Jason Holder's availability will be a temptation for the Rahul-led franchise.

Given that Holder has had years of IPL experience with the SRH camp before joining Lucknow, he will be wary of the Orange Army's strengths and weaknesses and also how they go about their business. His inclusion seems logical, with Andrew Tye warming the bench.