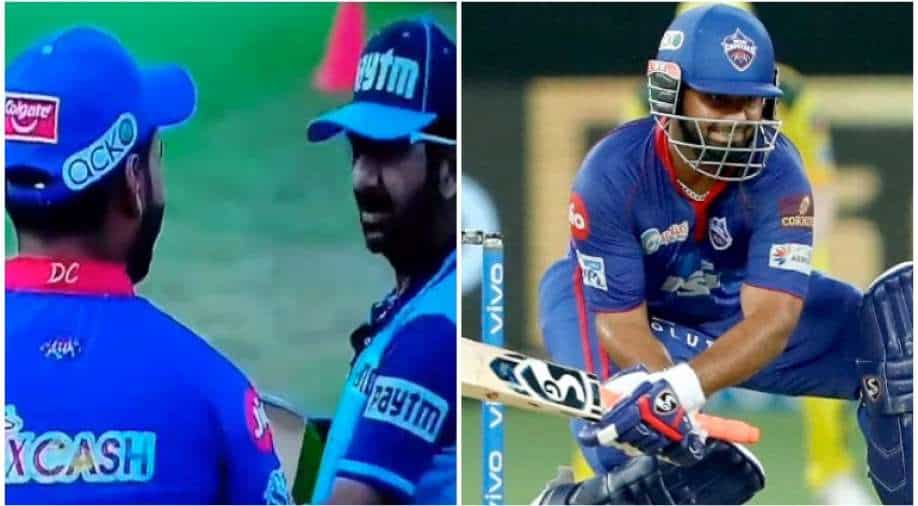 Rishabh Pant-led Delhi Capitals (DC) faced the two-time winners Eoin Morgan-led Kolkata Knight Riders (KKR) in Qualifier 2 of the IPL 2021 edition, at the Sharjah Cricket Stadium, Sharjah, on Wednesday (October 13). In a bid to enter their second successive IPL final, the Pant-led DC franchise lost the battle to the KKR line-up by three wickets in a thrilling encounter.

Being asked to bat first, Pant & Co. rode on sedate knocks from Shikhar Dhawan, Shreyas Iyer and Shimron Hetmyer to post 135-5. In reply, KKR were 123-1 before a collapse saw them requiring 7 off the last over. With two wickets falling in succession, KKR needed 6 off 2 balls before Rahul Tripathi finished the proceedings by hitting a maximum on the penultimate ball, off R Ashwin, as KKR entered the final whereas DC bowed out of the 14th edition.

While Pant was very emotional and at a loss of words after DC's exit, the 24-year-old was at his best before the Qualifier 2 kicked off. Ahead of the game, the wicketkeeper-batsman hilariously pranked umpire Anil Choudhary and left everyone in splits. Here's what he did:

Post DC's exit, Pant said at the post-match presentation, "I don't have words to express at the moment, can't tell anything. We just kept believing, tried to stay in the game as long as possible. The bowlers nearly pulled it back, but it's unfortunate that it didn't go our way. They bowled very well in the middle-overs, we got stuck and couldn't rotate strike. Delhi Capitals are known to be positive and hopefully we'll come back better next season."

"We played really good cricket, yes, there will be ups and downs, but we'll stay positive, be there for each other, care for each other and hopefully we'll come back better next season," Pant added.

Under Pant, DC ended at the third position overall. They topped the league stage but couldn't enter the final after losing both Qualifier 1 and 2. The final will now be played between Chennai Super Kings (CSK) and KKR on October 15 (Friday) at Dubai.