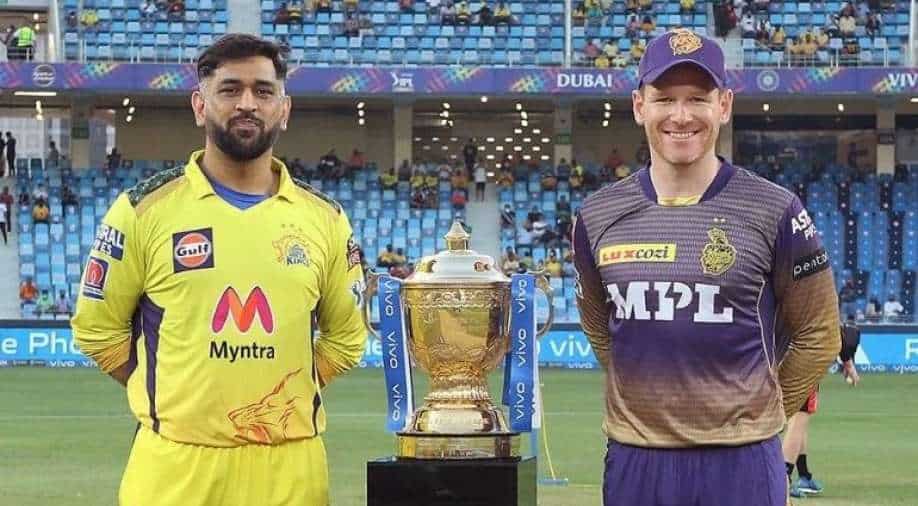 During the match, Faf du Plessis' 86-run knock inspired the team to post 192/3 and eventually defeat KKR by 27 runs

Kolkata Knight Riders (KKR) skipper Eoin Morgan said he is "extremely proud" of the fight the team put in the final match of Indian Premier League 2021 against Chennai Super Kings (CSK) on Friday (October 15). Morgan especially lauded the opening duo of Shubman Gill and Venkatesh Iyer for putting in remarkable performances throughout the season.

During the post-match presentation, Morgan said, "Extremely proud of the fight the boys have put in. Today unfortunately wasn't ours. Venkatesh is new to this platform but has a huge future. Him and Gill have been the cornerstone of our batting. The energy Tripathi showed was absolutely outstanding."

KKR had finished the India leg of IPL 2021 with just two wins from seven games, but shift to UAE brought about a significant change as the side went on to win matches to reach the final. Venkatesh Iyer proved a great find as he changed the dynamics of the side while coming out to open along with Gill.

ALSO READ | From perfect catch to highest runs: List of all the awards in IPL 2021

Not the way we wanted to end the season but it’s been a journey to remember. Thank you to all you fans for believing in us & always getting behind us in not only the good times but the toughest of times as well.

"We are extremely proud of the fight we have shown. The character and fight are a trademark. Our owners - Shahrukh, Venky have been absolutely outstanding. The guys fought incredibly hard and performed. Iyer and Gill have been outstanding. Ventakesh is new to this platform. They have been the cornerstone of our batting. Tripathi left everything out there today. Unfortunately, he picked up an injury," Morgan told host broadcaster Star Sports after the game ended.

During the match, Faf du Plessis' 86-run knock inspired the team to post 192/3 and eventually defeat KKR by 27 runs. With this, MS Dhoni's lineup won the IPL trophy for the fourth time, having previously won the tournament in 2010, 2011 and 2018.