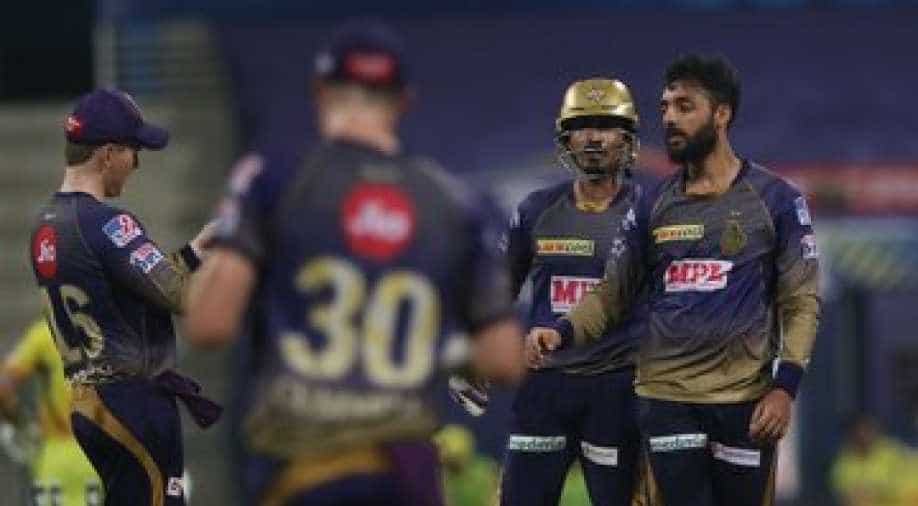 After opting to bat first, Kolkata Knight Riders played a new opening pair in Shubman Gill and Rahul Tripathi. While Gill was dismissed by Shardul Thakur early on for 11, Nitish Rana followed the young opener after a watchful 9 off 10. Sunil Narine walked in at no. 4, for the second time in his IPL career, and departed after a quick knock of 17 off 9.

Eoin Morgan was sent out at no. 5 but struggled during his stay and scored 7 off 10. Andre Russell too fell for 2 off 4. As KKR saw their fiery-looking batting line-up fall apart, skipper Dinesh Karthik was sent packing 12 off 11.

Pat Cummins’ brisk 17 off 9 took KKR only to 167. While KKR batters didn’t looked too comfortable out there, credit Super Kings bowlers for restricting the Knights to a modest score despite a strong start for the batting side.

In reply of 168, Chennai Super Kings started at good pace with Shane Watson and Faf du Plessis finding the gaps early on. Du Plessis was caught by Karthik for 17. Ambati Rayudu played a cautious knock of 30 off 27 before getting caught by Gill at long-on. Sam Curran looked dangerous in his 11-ball 17 but Andre Russell the bowler didn’t even sweat to get the southpaw out.