IPL 2020: Dhoni, Raina among other CSK players to reach Chennai by August 15 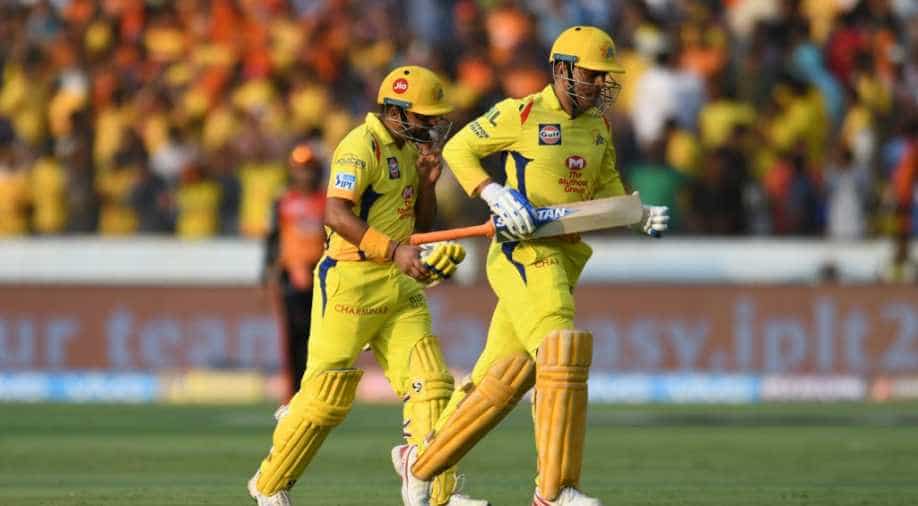 IPL 2020: Dhoni, Raina among other CSK players to arrive at Chennai by August 15 Photograph:( AFP )

Chennai Super Kings (CSK) are all set to leave for the United Arab Emirates (UAE) for the Indian Premier League (IPL) 2020 on August 21, CSK CEO Kasi Vishwanathan confirmed to WION on Tuesday.

Chennai Super Kings (CSK) are all set to leave for the United Arab Emirates (UAE) for the Indian Premier League (IPL) 2020 on August 21, CSK CEO Kasi Vishwanathan confirmed to WION on Tuesday. Furthermore, all the Indian CSK players including the likes of MS Dhoni and Suresh Raina will assemble at the MA Chidambaram Stadium in Chennai by August 15 for a small-camp before jetting off to the UAE for the much-awaited IPL 2020.

“The entire team will be flying to the UAE on August 21 and all the arrangements related to it have been made,” Chennai Super Kings CEO Kasi Vishwanathan told WION on Tuesday while adding that the team will put base in "Dubai".

CSK are also set to take 10 net bowlers to help prepare the team for a grueling season ahead.

“Nothing has been confirmed yet. But yes, we are planning to take eight to 10 net bowlers to help the players get ready for the tournament. No names have been finalised yet,” the CSK top boss added.

All eyes will be on the return of two stalwarts of Indian cricket and icons of Chennai Super Kings – MS Dhoni and Suresh Raina. While CSK are known to have a team consisting experienced players, Dhoni and Raina always steal the show for their consistency.

While IPL is a platform where both will be seen taking the field again, fans can’t wait to catch the iconic CSK duo in action after a long time. While Dhoni last took the field in the ICC World Cup 2019, Raina was last seen playing in IPL 2019.

“Dhoni, Raina and every other Indian player from the squad will reach Chennai by August 15 and after that we will have a small camp to get everyone on the same page,” Vishwanathan said.

Meanwhile, the Emirates Cricket Board (ECB) on Tuesday confirmed that they have received an official clearance from the BCCI to conduct the IPL in the UAE.

The Indian Premier League (IPL) 2020 is set to kickstart from September 19 in the UAE with the final scheduled for November 10.