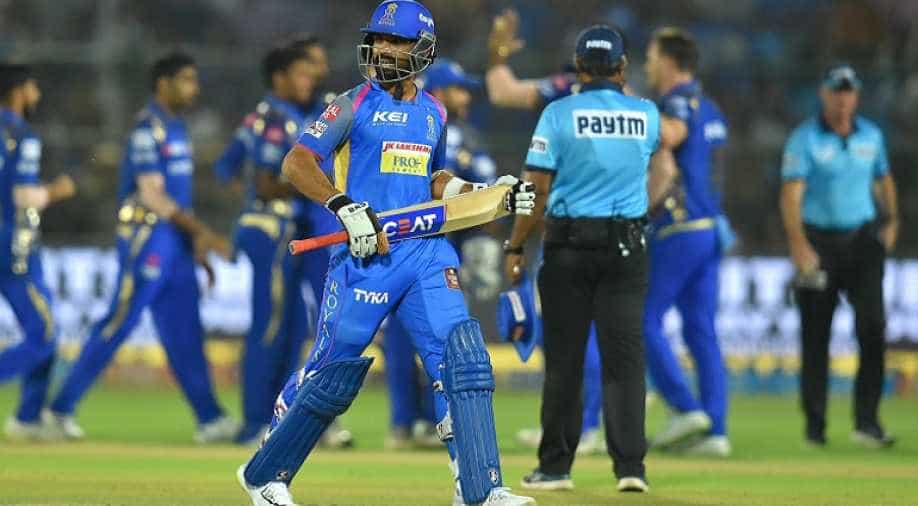 Krishnappa Gowtham became the star of the game as he made a fruitful score of 33 runs in only 11 balls to help Rajasthan seal their match against Mumbai.

Gowtham remained unbeaten and smashed a six to clinch the win.

Ajinkya Rahane-led side had a very slow start during their clash against Mumbai In the Indian Premier League (IPL) at Sawai Mansingh Stadium in Jaipur.

Both openers Ajinkya Rahane and Rahul Tripathi lost their wickets too early and went back to pavilion for 14 and 9 runs respectively.

Sanju Samson again played a brilliant inning for his team to recover from the early loss.

He scored a half-century and made 52 off 39 balls before giving away his wicket to Bumrah.

Rohit Sharma-led Mumbai had set a target of 168 runs against Rajasthan.

Batting first, the openers Suryakumar Yadav started off the innings well and scored 72 runs for the team playing at a strike rate of 153.19. On the other hand, another opener Evin Lewin went back to pavilion without scoring a single run.

Rohit Sharma, who is currently experimenting with his playing position came at number five but could not score a single run.

Rajasthan bowling was slightly better from previous matches in the presence of their hidden gem Jofra Archer proved most economical for the team.

He took 3 crucial wickets in his 4-over spell and gave just 32 runs.

Dhawal Kulkarni also took 2 wickets and help the team to restrict Mumbai at 167.