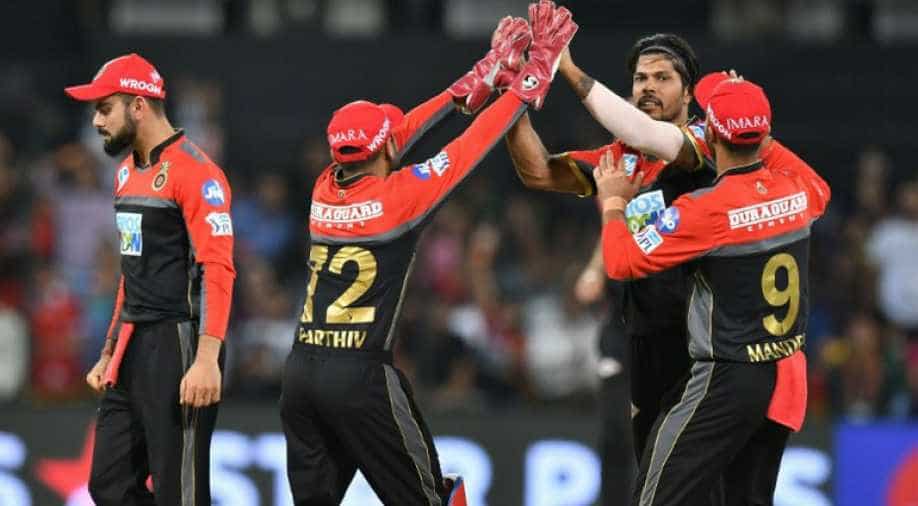 Bangalore bowled their best of IPL 2018 today to all-out Punjab for a paltry 88 runs at Holkar Cricket Stadium, Indore.

Umesh Yadav bowled a fantastic spell to dismiss&nbspthree crucial players of Punjab including both openers Chris Gayle and KL Rahul.

He later dismissed Andrew Tye to take his wicket count to three.

In the fours over bowled, Yadav gave away only 23 runs to put his economy rate at 5.75

Bangalore skipper Virat Kohli won the toss and opted to bowl against &nbspPunjab, at Holkar Cricket Stadium, Indore, on Monday.

With high dependency on batting, Ashwin will hope to get his team back on track by defeating Bangalore.