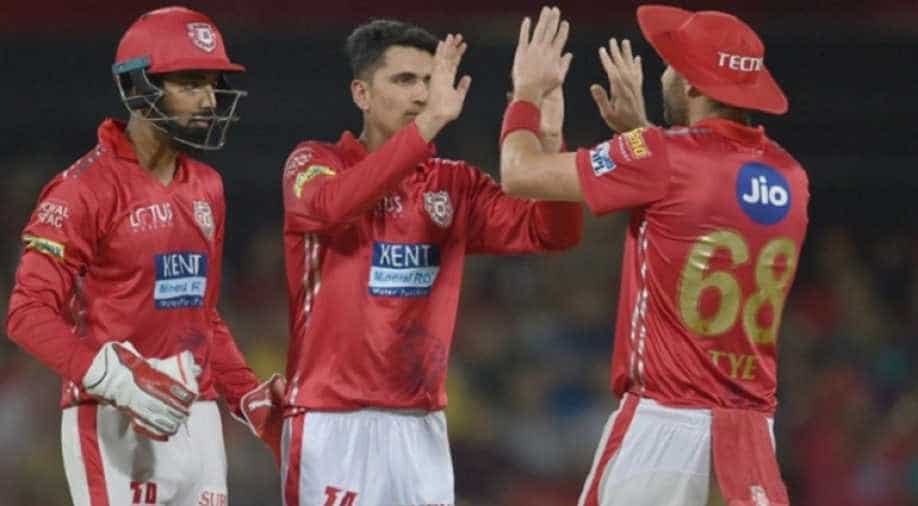 Punjab's Andrew Tye four wickets for 34 runs came with a clinical bowling show to restrict Rajasthan Royals to 158 in the ongoing Indian Premier League (IPL) at the Sawai Mansingh Stadium on Tuesday.

Bottom-placed Rajasthan struggled to cross the 100-run mark but thanks to a blistering 58-ball 82 by opener Jos Buttler that propelled the hosts to a moderate total.

Opting to bat, Rajasthan were off to a quick start, accumulating 35 runs in the first three overs.

Tye drew the first blood for Punjab as his knuckle-ball played the trick to dismiss opener Ajinkya Rahane for nine in the fourth over.

Buttler however, continued to fully utilise the powerplay to take his side past the 50-run mark in five overs.

In-form Sanju Samson made 22 runs before he joined Butler to forge a 53-run partnership for the third wicket.

Samson departed in the 15th over off a Mujeeb ur Rahman delivery with the Rajasthan scorecard reading 117.

Of the last four wickets, Tye was involved in dismissing three of the Rajasthan batters.

Other than Tye, Afghanistan spinner Mujeeb bagged a couple of wickets conceding 21 runs in four overs while Stoinis chipped in with one wicket.