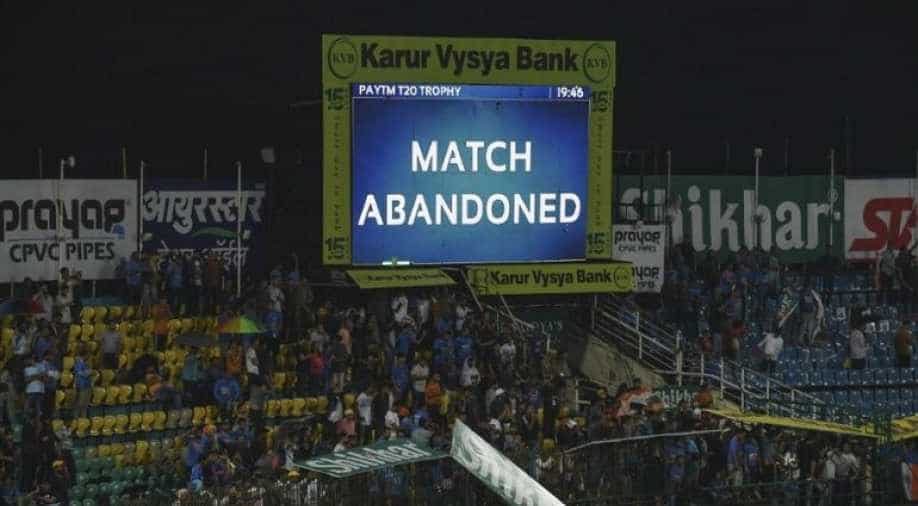 A big screen displays a message informing that the first Twenty20 international cricket match of a three-match series between India and South Africa is being abandoned. Photograph:( AFP )

South Africa are ranked third in T20s, one rung ahead of India

Rain and a damp outfield forced the abandonment of the first Twenty20 international between India and South Africa without a ball being bowled in Dharamsala on Sunday.

The pitch and the square at the start of the three-match series remained covered throughout, with rain lashing the sleepy hill station in the Himalayan foothills.

"The rains continue and the match has officially been called off. See you in Chandigarh for the 2nd T20I," the Board of Control for Cricket in India (BCCI) said on its official Twitter handle.

South Africa, captained by wicketkeeper-batsman Quinton de Kock, are ranked third in T20s, one rung ahead of the Virat Kohli-led India.

The rain proves too much in the end and so now the teams will look forward to the 2nd T20I in Mohali on Wednesday.#INDvSA pic.twitter.com/ahOgKBkRIS

The second match is scheduled for Wednesday.