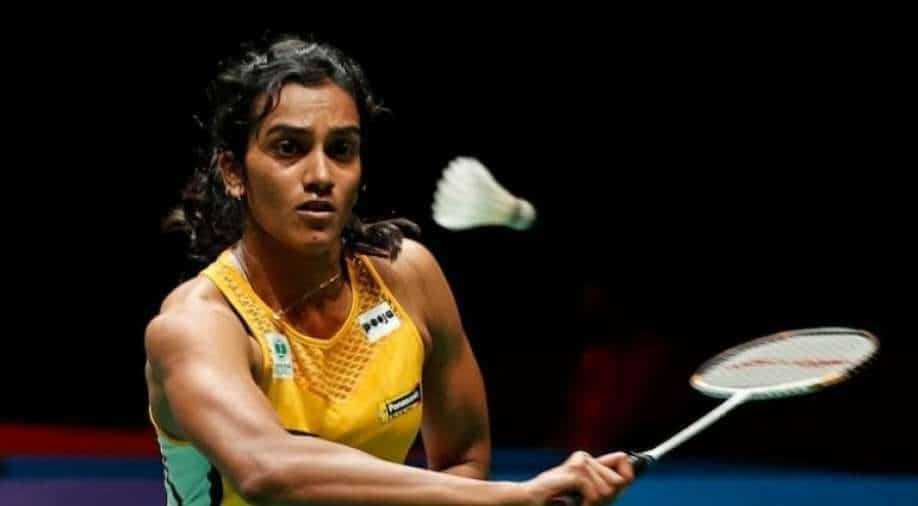 The Indian will now play the winner of the other quarterfinal between Japan's Asuka Takahashi and second seed Ratchanok Intanon of Thailand in the USD 850,000 event.

India's two-time Olympic medal-winning shuttler P V Sindhu came back from a game down to beat South Korea's Sim Yujin and enter the semifinals of the Indonesia Open Super 1000 tournament here on Friday.

Third seed Sindhu, the reigning world champion, had to toil hard to get the better of Yujin 14-21 21-19 21-14 in the quarterfinal that lasted an hour and six minutes.

The Indian will now play the winner of the other quarterfinal between Japan's Asuka Takahashi and second seed Ratchanok Intanon of Thailand in the USD 850,000 event.

The other India in fray, B Sai Praneeth will play Olympic champion and former world No.1 Viktor Axelsen of Denmark in the men's singles quarterfinals later in the day.

India's challenge also exists in the men's doubles event where the sixth seeded pairing of Satwiksairaj Rankireddy and Chirag Shetty, ranked 11, will square off against the Malaysian combination of Goh Sze Fei and Nur Izzuddin in the quarterfinals later on Friday.

It was not smooth sailing from Sindhu against Yujin. The Indian started confidently racing to a 7-1 lead before the Japanese pocketed six straight points to draw the first game level.

But once Yujin took a slender 11-10 lead at the break, she didn't look back and won the game comfortably to grab the early momentum.

The Japanese continued in the same vein in the second game and matched Sindhu stroke for stroke till the first seven points before the Indian upped her game.

Sindhu displayed better control and authority over her strokes and engaged her rival in long rallies to surge ahead 14-8 before Yujin fought back.

Sindhu used her vast experience and held her nerves to draw the contest level.

In the decider, Sindhu enjoyed the early exchanges to race to a comfortable 11-4 lead but the Japanese secured seven consecutive points to make it 11-11.

Sensing trouble, Sindhu took her game to the next level just at the right time to outwit her rival and seal the match in her favour.