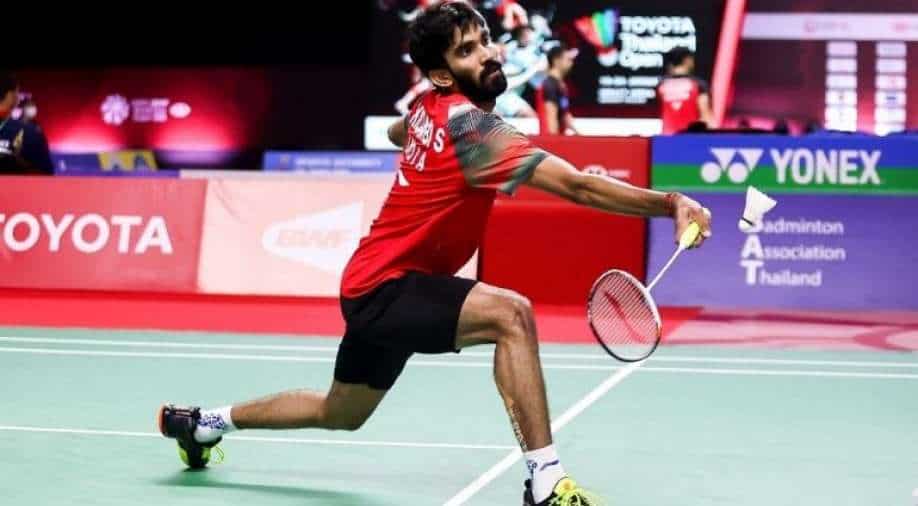 Kidambi will now take on either Kunlavut Vitidsarn of Thailand or third-seed Anders Antonsen of Denmark in the semi-final.

Kidambi Srikanth reigned supreme in an all-Indian last-8 battle as he defeated HS Prannoy in straight sets to book a semi-final berth in the Indonesia Masters 2021 here in Bali on Friday.

Playing on Court 2, former world number one Kidambi beat the 2014 Indonesia Masters champion Prannoy by 21-7, 21-18 in a 39-minute encounter.

After being completely outplayed in the first set Prannoy tried to rally back in the second but Kidambi held his nerves better to deny any chance for his fellow countryman to take the match in the decider.

Kidambi will now take on either Kunlavut Vitidsarn of Thailand or third-seed Anders Antonsen of Denmark in the semi-final.

Earlier in the day, the two-time Olympic medallist PV Sindhu stormed into the semi-finals after crushing Turkey`s Neslihan Yigit 21-13, 21-10 in a 35-minute encounter.