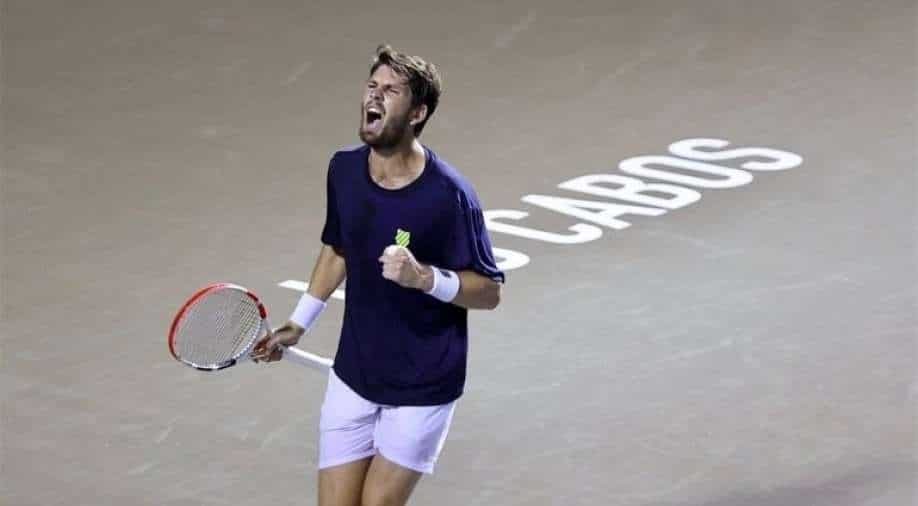 Cameron Norrie produced a dominant performance to beat Grigor Dimitrov 6-2 6-4 on Saturday to advance to the final at Indian Wells, where he will face Nikoloz Basilashvili after the Georgian edged Taylor Fritz 7-6(5) 6-3.

Sunday`s match will be Norrie`s sixth showpiece match of the year and first at a Masters 1000 event as the Briton`s breakout season continues.

Norrie raced out to a 4-0 lead and wrapped up the first set in just 31 minutes with a service winner.

Dimitrov attempted to mount a comeback in the second set but after notching impressive come-from-behind victories over Hubert Hurkacz and Daniil Medvedev in his previous two matches, the Bulgarian appeared to run out of gas on a hot day in the California desert.

Norrie, who won his first ATP title at the Los Cabos Open earlier this year, held his nerve to serve out the match and sealed the win when Dimitrov netted a service return.

"I`ve made a conscious decision to be more aggressive in the bigger moments and taking it to the guys," Norrie said after collecting the biggest win of his career.

"I`m not a guy who is going to blow you off the court and hit a lot of winners. So I like to get into the longer rallies and make the match physical. And when it`s like that, it`s on my terms."

With the win, Norrie will break into the top 20 for the first time when rankings are updated on Monday.

The other semifinal of the day was a slugfest that pitted Basilashvili`s booming forehand against Fritz`s potent serve.

San Diego native Fritz had the support of the crowd but came up short in the match`s biggest moments, failing to convert any of his seven break-point opportunities, including three in the opener that would have won him the set.

Basilashvili made the most of his lone break opportunity, crushing a service return that Fritz could not handle to take a 4-2 lead in the second that he would not relinquish despite needing four match points to reach the finish line.

Norrie beat Basilashvili comfortably in their only other meeting, and the 26-year-old lefty will be the favorite on Sunday.