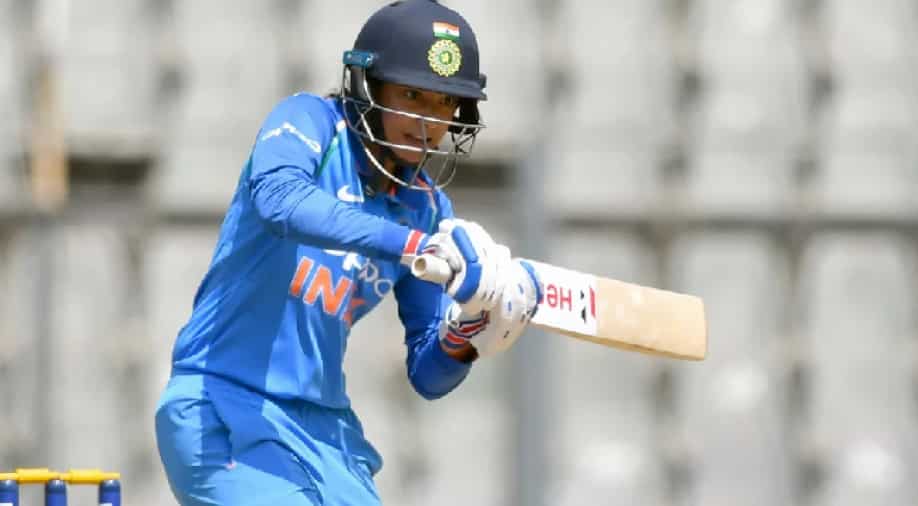 India's star opening batter Smriti Mandhana has been named the ICC Women's Cricketer of The Year 2021.

India's star opening batter Smriti Mandhana has been named the ICC Women's Cricketer of The Year 2021. Mandhana was in sublime form across all three formats throughout the year and enjoyed a prolific run with the willow. Despite India enduring a difficult year in terms of results, Mandhana was at his personal best and played an instrumental role in her team's success.

The stylish left-hander, who is known for her elegance and terrific technique, continued to pile on runs one game after another for the Indian team. She notched up an impressive 855 runs in 22 international matches at an average of over 38, including one century and five half-centuries to clinch the top honour at the ICC awards.

Mandhana has won the prestigious ICC Women's Cricketer of The Year award for the second time in her career having won it for the first time in 2018. A vital cog in India's batting line-up across all formats, Mandhana played some terrific knocks for the team throughout the year.

Mandhana was in fine form during the home series against South Africa. India lost the ODI series 4-1 before suffering a 2-1 defeat in the T20Is. She scored 147 runs in the ODIs and followed it up with 66 runs in the three T20Is. The southpaw then went on to score her maiden pink-ball hundred in India's first pink-ball Test against Australia Down Under.

It was also Mandhana's maiden hundred in Tests as her 127-run-knock helped India draw the only Test against the Aussies in their own backyard. Mandhana was also in a top-notch form in the ODI series as he notched up 124 runs in three games against the Aussies at an average of over 41. India had lost the three-match series 2-1.