India vs Sri Lanka: Virat Kohli reflects on his journey ahead of historic 100th Test - WATCH 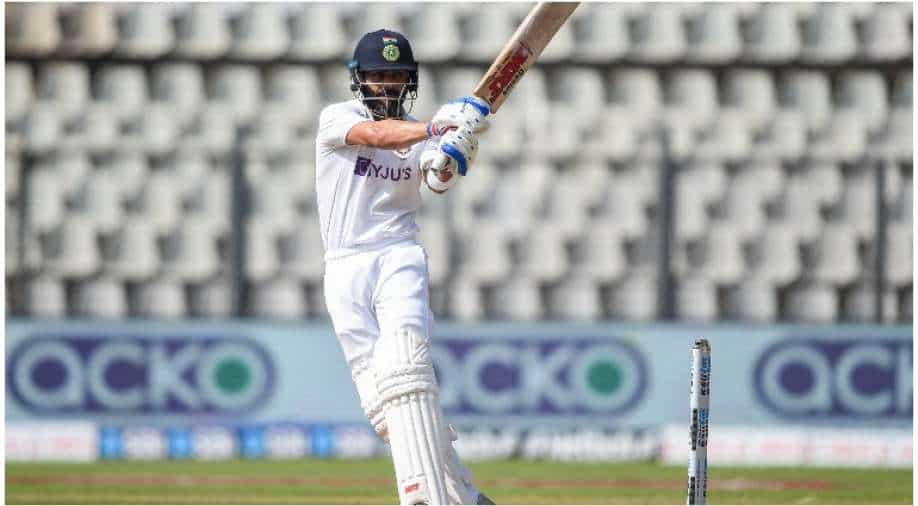 Virat Kohli reflects on his journey ahead of historic 100th Test Photograph:( AFP )

Ahead of his historic Test match, the 33-year-old former Indian captain Virat Kohli reflected on his memorable journey. Here's what he said:

Virat Kohli is set to become the 12th Indian to enter the 100-Test club when India lock horns with Sri Lanka in the two-match series opener in Mohali on March 04 (Friday). Thus, Kohli will add another feather to his illustrious hat by joining some big Indian names in the elite club.

Ahead of his historic Test match, the 33-year-old former Indian captain Kohli reflected on his memorable journey. "I honestly never thought I would play 100 Test matches. It has been a long journey. We played a lot of cricket over the course of playing those 100 Test matches. A lot of international cricket. I am just grateful that I've been able to make it to 100. God has been kind. I have worked really hard for my fitness. It's a big moment for me, for my family, for my coach, who is also very happy and very proud of this Test match as long as I am concerned," Kohli said in a video posted by BCCI.

'I never thought i'll play 100 Test matches. It has been a long journey. Grateful that i've been able to make it to 100' - @imVkohli on his landmark Test.

"I never grew up thinking that I have to score small runs, the idea was to score big runs. I scored a lot of double hundreds in junior cricket. My idea was to bat long and I enjoyed doing that. These things took a lot out of you and it revealed your true character. Test cricket needed to stay alive, for me, this is real cricket," he added.

In 99 Tests, Kohli has amassed 7,962 runs at an average of 50.39 with 27 hundreds and 28 half-centuries. He is the sixth-highest run-getter among Indians and has fourth-most centuries among his countrymen. The right-hander also ended a glorious run as Test captain, resigning earlier this year, with most wins as an Indian skipper (40 in 68 games).