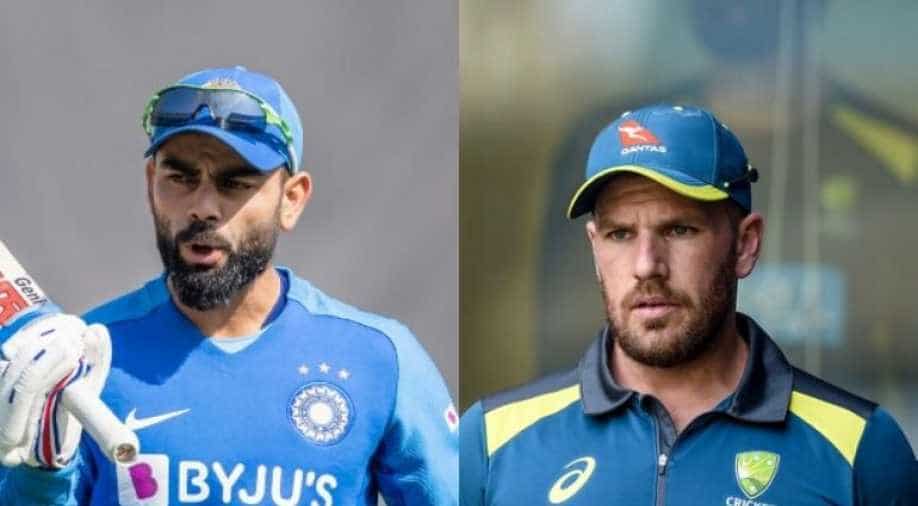 Australia will be looking forward to being efficient with its bowling and consistent with the batting.

Bengaluru's M Chinnaswamy Stadium is set to host the finale of Australia's Tour of India. India's comeback in the second ODI will help reduce performance pressure on the players. They will be looking forward to continuing the winning-run, whereas the Australians will be looking to make some amendments to get back on winning ways.

The men in blue are little sceptical about the top order batting today as Rohit Sharma faced a dislocated shoulder and Shikhar Dhawan not stepping into the field after being hit at the rib cages by Pat Cummins in the previous knock.

Shreyas Iyer and Manish Pandey despite being splendid fielders are yet to find form in with their bats and they should be key elements in the middle-order. India's middle-order at the moment completely relies on KL Rahul.  KL Rahul's 80 was crucial for India's high score.

Indian bowlers could not get even a single in the first ODI and managed to bowl out the entire Australian team in the second ODI.

Virat Kohli's 78 after returning to his regular batting slot held the team together. He is looking forward to coming out on the same number in the decider. Chinnaswamy is home to Virat's Royal Challengers Bangalore, the crowd will be expecting to bring up his record-breaking century today.

KL Rahul will be lethal to Australia and crucial to team India, he is currently the torch-bearer of the middle order. He will be playing on his home ground.

The Aussies conceded a mammoth of 340 runs, to which their reply was 304-all out. Australia just like India relies on its top order. Steve Smith missed his century by a whisker (98). Marnus Labuschagne did not dissappoint on his debut. The young lad scored 46 off 47 balls.

M Chinnaswamy Stadium is a small ground and the match is expected to be a high-scoring match. Bengaluru will see a cloud cover but no rain is predicted. Team batting second will be in a much favourable position.

Australia return to Bengaluru tonight for a series-deciding ODI against India, buoyed by big victory they achieved at the same venue last year. #INDvAUS https://t.co/NoIuaTvNki

Rohit Sharma and Shikhar Dhawan are said to be recovered after inflicting injuries in the previous match. Rishabh Pant is expected to be a part of the playing XI, he might replace Manish Pandey or KL Rahul might continue the role of wicketkeeper-batsman in the Indian team.

Whereas the Aussies will look forward to replacing Kane Richardson with Josh Hazlewood. Hazlewood has just recovered from a hamstring injury. D'Arcy Short might be a replacement for Ashton Agar, this might strengthen the batting line-up.