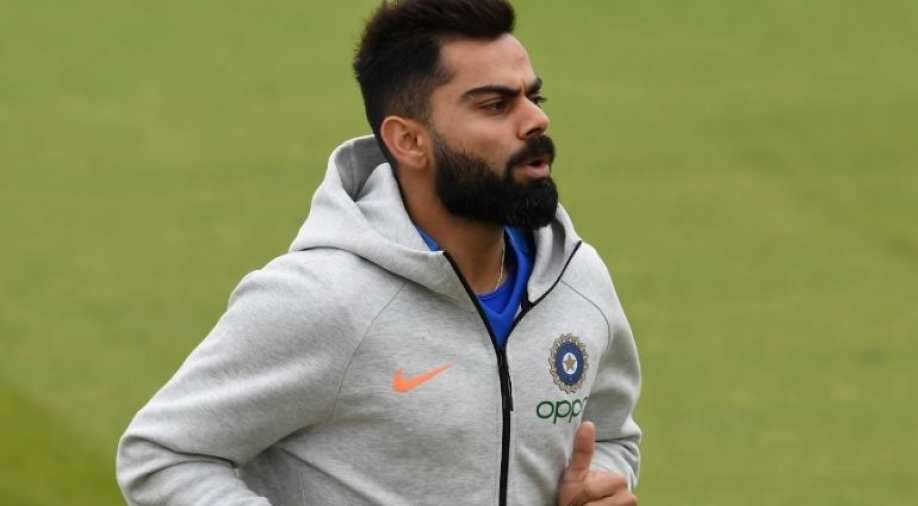 Captain Virat Kohli has sought to play down the hype surrounding India's World Cup clash against arch-rivals Pakistan, saying the impact of the result will "not last a lifetime".

The two Asian giants lock horns in Manchester on Sunday with more than a billion people expected to tune in for the most-anticipated match of the tournament.

Two-times champions India, who have won all six of their meetings against their neighbours in World Cups, go into the contest in good shape, with two victories and a no-result so far.

Pakistan, led by Sarfaraz Ahmed, are struggling in the 10-team table with just one win -- an upset against England -- two defeats and a washout.

In pics: Throwback to India and Pakistan's World Cup history

Kohli said his team would focus on their strengths rather than worrying about the weaknesses of any opposition.

"We're not focusing on the opposition, so for us no one's a threat. For us, no one player matters more than the other," Kohli said at Old Trafford on Saturday.

"It's about going into the park as the Indian cricket team and taking on whichever team is in front of us. If we play well, we can beat any side in the world," he said.

Matches between the two countries, who currently only face each other in multi-nation tournaments, are always about more than just what happens on the pitch.

In pics: Key players to watch out for in India vs Pakistan clash

"I think the best way to approach something like this, if one focuses too much on what's going on the outside, it's to understand that the game starts tomorrow at a certain time and it finishes at a certain time," said Kohli.

"So it's not going to last a lifetime for you, whether you do well or you don't," the captained reasoned with a blank expression.

He added, "From the fans' point of view, looking at the atmosphere and frenzy around the game, I wouldn't say it's easy to think like a player. For the players, it's very, very crucial to be absolutely professional."

The two teams have played each other in 131 one-day international games. Pakistan have a clear edge with 73 wins, despite their poor record against India at World Cups.

With the threat of rain looming over the match, Kohli said flexibility would be crucial both for the team's plans and the make-up of the side.

"We can't be rigid in our approach because, if the conditions are very different from what we played in the last game, then we'll have to think of different combinations, " he said.

"If the length of the game is going to be full and we expect the game to be 50 overs both sides, then we'll probably think of another combination, but we'll have to be flexible."