India lose top spot in ICC Test rankings for first time since October 2016; Australia the new world No. 1 in Tests and T20Is 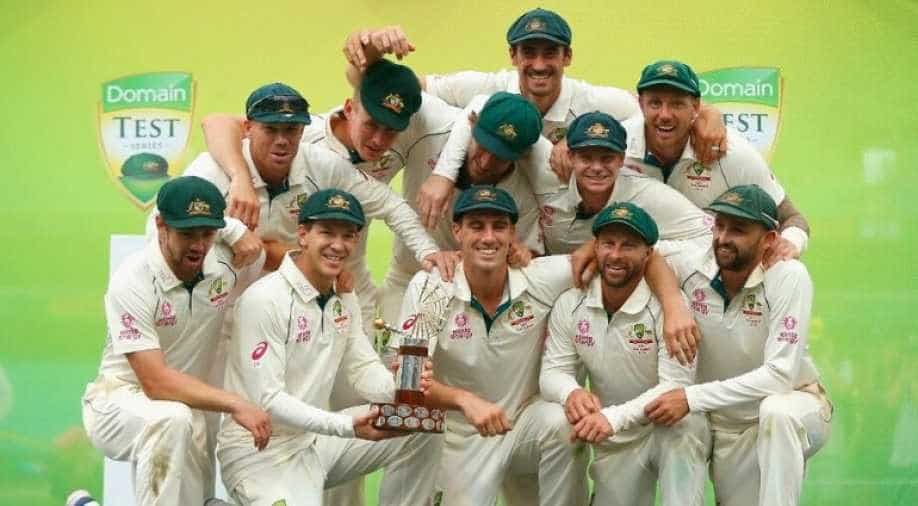 The Virat Kohli-led Team India has lost their numero uno spot in the ICC Test rankings for the first time since October 2016 with Australia taking over the charge atop the rankings chart.

The Virat Kohli-led Team India has lost their numero uno spot in the ICC Test rankings for the first time since October 2016 with Australia taking over the charge atop the rankings chart. The International Cricket Council on Friday announced the latest Test rankings in which Australia are the leaders followed by New Zealand and India at number two and three respectively.

The latest rankings rate all matches played since May 2019 at 100 per cent whereas the matches player in previous two years at 50 per cent. The Tim Paine-led Baggy Greens have 116 points under their belt whereas New Zealand (115) remains a close second while India drops to the third spot with 114 points to their name.

BREAKING: Australia are the new No.1 in the @MRFWorldwide ICC Test Team Rankings following an annual update #ICCRankings pic.twitter.com/0V0KP3f6dA

With just two points separating the top three sides, this is the second closes the top three teams have been in the Test ranking since it was launched way back in 2003. The closest for the top three teams in the longest format of the game was in January 2016 when India had led Aussies and South Africa by just one point. While England stood at number four, South Africa witnessed the biggest drop and are now below Sri Lanka at the sixth spot. Pakistan, West Indies, Afghanistan and Bangladesh complete top 10 in order.

In ICC Men’s ODI Team Rankings, World champions England continue to rule the charts while increasing their lead over India from six to eight points. New Zealand are in third place with top 10 remaining unchanged.

Australia are No.1 in the @MRFWorldwide ICC Men's T20I Team Rankings for the first time ever.

In T20Is, Pakistan are no longer the top-ranked side with Australia replacing them atop the standings. The Aaron Finch-led outfit is followed by England and India respectively with the previous top-ranked team, Pakistan dropping to number 4.