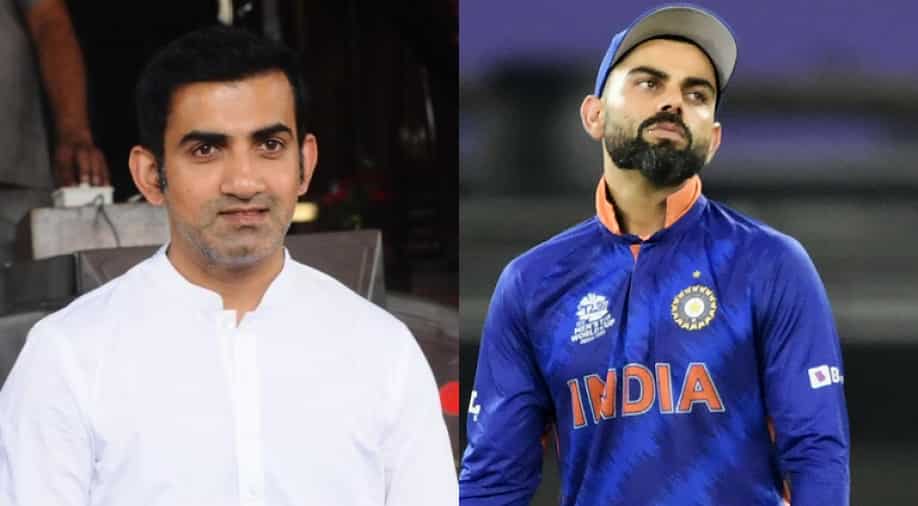 Gautam Gambhir has slammed Team India for their poor show against New Zealand and said they lack mental toughness for big matches.

Former India opener Gautam Gambhir has slammed Team India after their crushing eight-wicket defeat in a must-win game against New Zealand in the ongoing T20 World Cup 2021 on Sunday (October 31). Gambhir feels Virat Kohli's team doesn't have the mental toughness to win big games and tournaments after they succumbed to their second successive defeat in two games at the T20 World Cup 2021.

India lost their opening game against arch-rivals Pakistan by ten wickets and were expected to bounce back to winning way and keep their playoffs hopes intact against New Zealand. However, the Men in blue suffered yet another batting collapse as they could only manage 110 runs in 20 overs, batting first in Dubai.

New Zealand chased down the target inside 14.3 overs while losing just two wickets to register a comprehensive victory and bag their first win in the tournament. The loss has heavily damaged India's chances of making it to the top four as the Kohli-led side will need a miracle from here to qualify for the knockout stage.

Kohli & Co. will have to win their remaining three matches by big margins to ensure they stand a chance of making it to the top four depending on other results too. Talking about India's woeful performance, Gambhir said the current Indian team has the skills but lacks the mental toughness that is required to win a big game.

"Yes talent is one thing, you've got all the skills and do really well in bilaterals and stuff. But when it comes to these kind of games and tournaments, this is when you have got to stand up and perform," said Gambhir on ESPN Cricinfo.

"This game was literally like a quarterfinal. The problem is with the mental toughness of the side. Suddenly when you know you have got to win the game and can't make mistakes, in bilaterals it's different because you can make mistakes there. But in these kind of games, I don't think India has got that mental strength," he added.

India have three matches remaining in the competition and another loss will confirm their early exit from the competition. The Men in Blue will have to win their remaining matches by handsome margins to ensure their net run rate can be improved and they stand a chance at qualifying.

"They have the skill and are a very dangerous side. But unfortunately, we can keep talking about it that we need to stand by our team when its not doing well but it's been a trend and its been happening for a very long time in most of these ICC tournaments, whether its the semifinals or the game today as well. When it mattered the most for someone to put his hand up, they just couldn't," Gambhir explained.