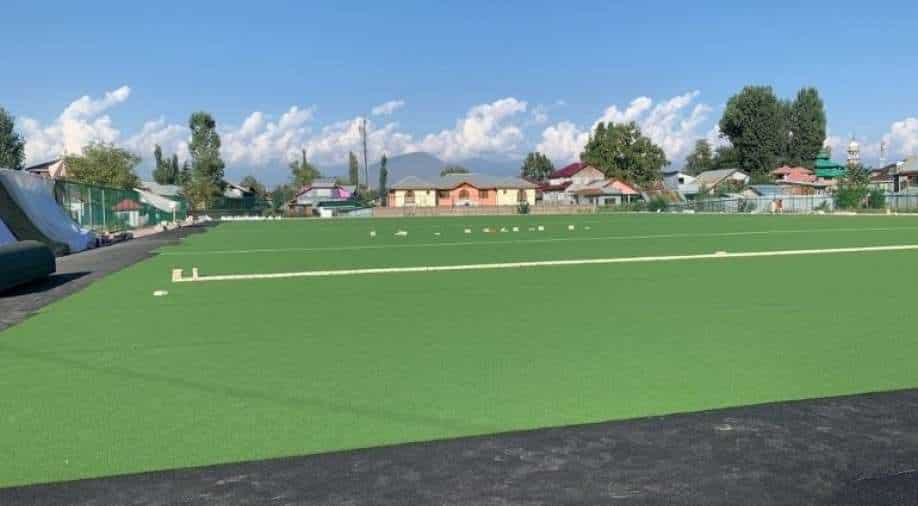 Youth from Pulwama have always shown interest in this sport and their long-pending demand for a stadium. The facility would aid in the revitalisation of hockey in the district

India's south Kashmir's Pulwama district will soon be put on the international map of hockey. The Kashmir valley's first astroturf stadium is all set to be open for hockey players. Built at the cost of Rs 50 million, hockey players in Kashmir valley are joyous.

This hockey stadium is the first of its kind in the Kashmir valley. The stadium is built at the Government Boys Higher Secondary School Pulwama under the Augmentation of Sports Infrastructure in Jammu and Kashmir. Lieutenant Governor Manoj Sinha laid the foundation stone for the Hockey Astro Turf Stadium after his first visit to Pulwama in September 2020.

"This work has been going on for the last one year, this will be Kashmir's first International Hockey stadium. This stadium is 102 by 60 metres, the work is still on and we will start with national tournaments and later international games too. Within days it will be completed now. Around Rs 50 million has been spent on this stadium. The turf is incomplete but children are so eager to play on this field. Pulwama youth has always shown more interest in hockey, but kids wanted a place to learn. When international hockey players come to play here, it will motivate our young generation to pick up this sport. and our youth are very talented but they just didn't have facilities. and I am sure our children will play internationally soon," said Syed Javed Iqbal, Lecturer, Physical Education.

Youth from Pulwama have always shown interest in this sport and their long-pending demand for a stadium. The facility would aid in the revitalisation of hockey in the district. 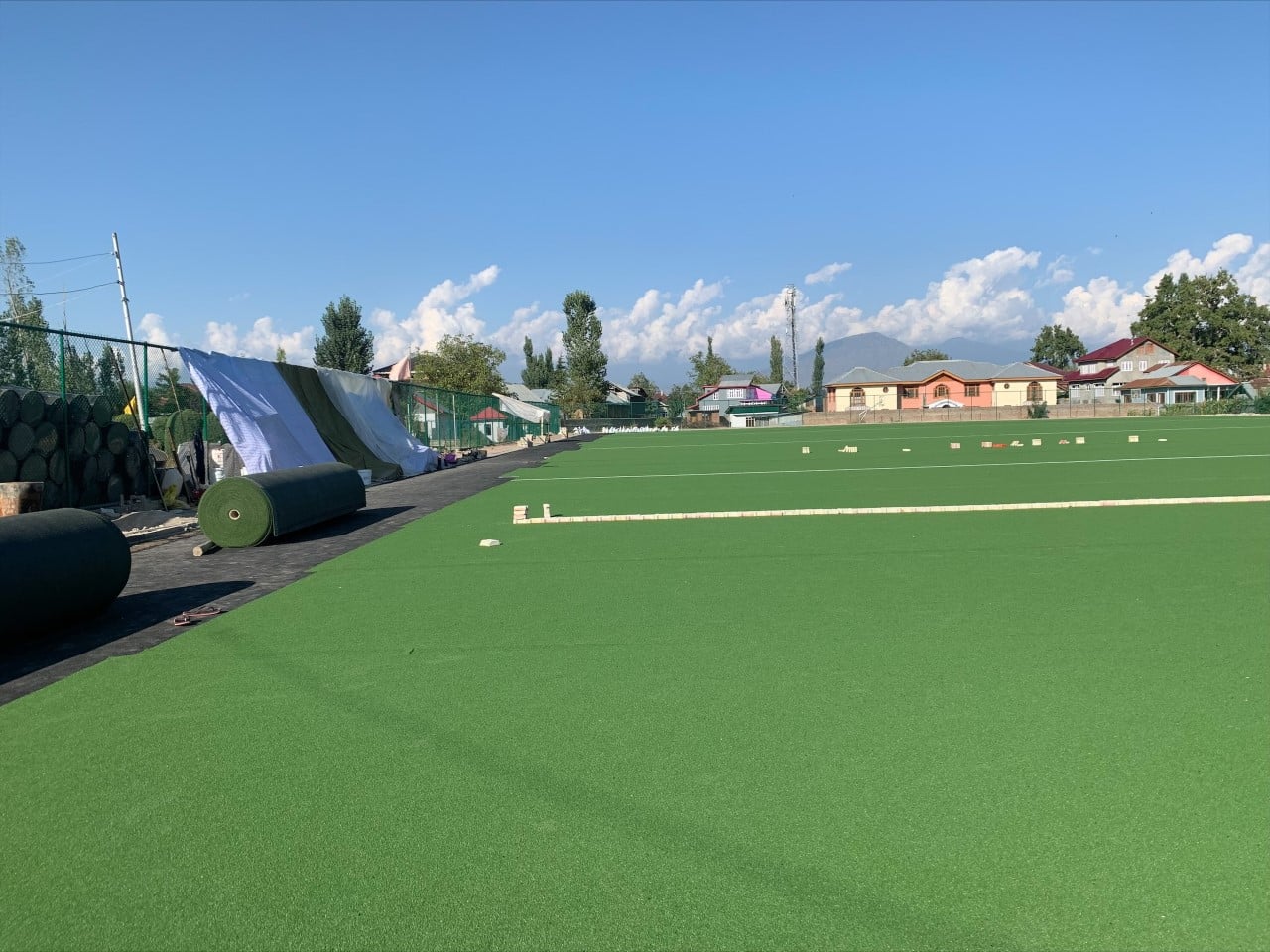 "We are all extremely happy and a lot of children come to us asking us when this will be completed so that they can play. They are so eager to play on this ground and we have told them it's a matter of days now. Our children are talented, Pulwama has a lot of talent and now we have this turf and I am sure we will do great in hockey as well," said Imtiaz Ahmad Pandit, a physical education teacher of Boys Higher Secondary Pulwama.

Experts from across the country have been brought in to help with the construction of the turf. They are making sure that this becomes a stadium of international standards.

"There is no doubt that we can't hold international matches here, We are a FIH approved agency, whatever materials we use are FIH approved. We have been working on the levels and turf for two weeks now and we have been installing turf for the last 6 days, within two weeks this stadium will be ready," said S Raja, Technical Manager.

But the most excited are the players. Hockey players in Kashmir are already visiting the stadium while it's being made. They are eagerly waiting for it to open so that they can start playing on it. 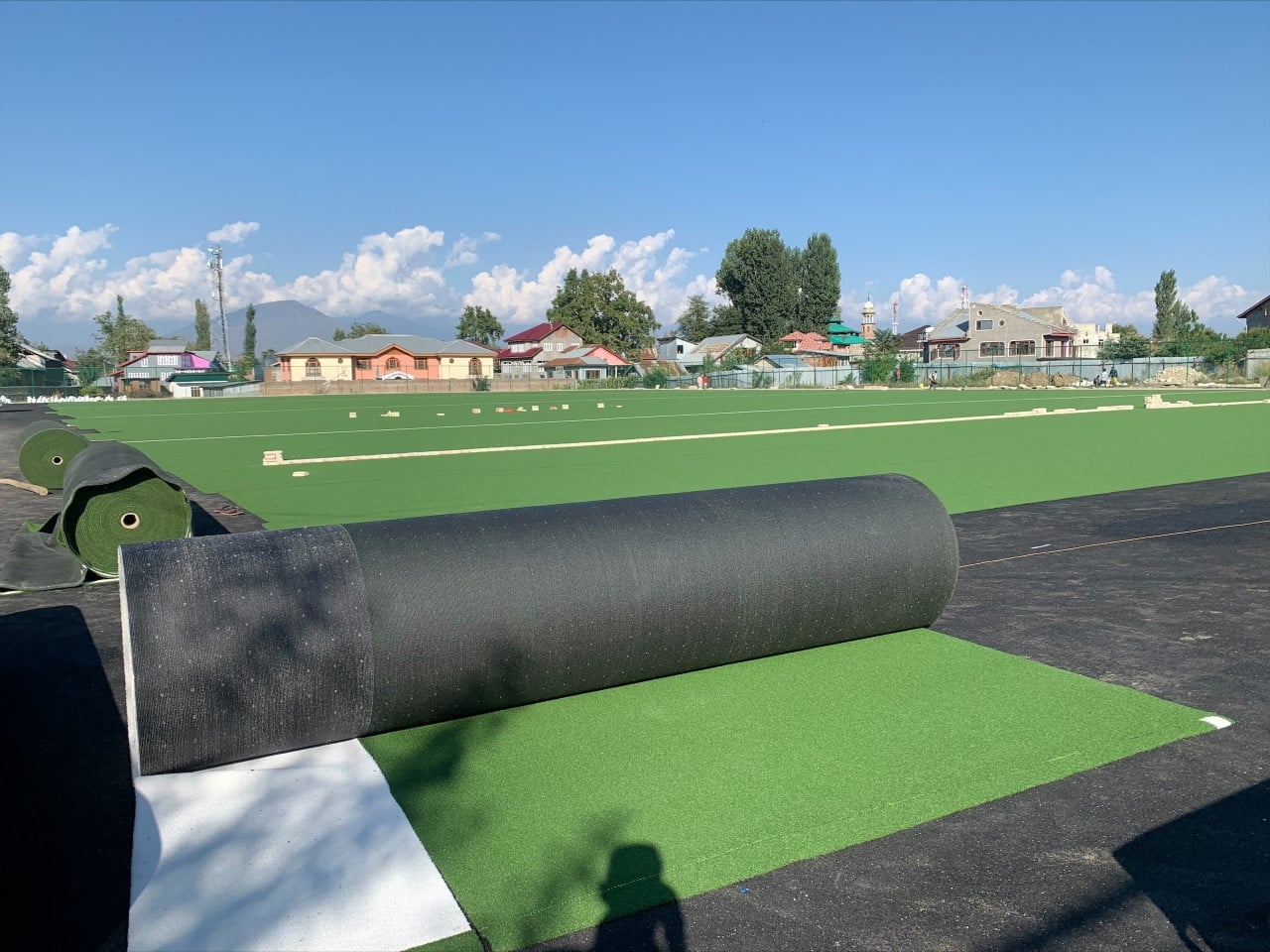 "I am extremely happy and it's great news for all of us, including players from Pulwama. Kashmiri players have a platform now and can represent the country at international level, people had lost interest and now with these turfs, youngsters are again picking up this sport. Players will be motivated now to play the sport. We will learn so much from the international players playing in these stadiums," said Inderpreet Singh, a hockey player.

The players also say that watching international players play in this stadium would motivate more and more youngsters to play hockey.

''I am extremely happy and it's a very big step, it will motivate the players, I went from here to see the turf. There were players from across different districts of Kashmir just to watch the turf. which means how eager they are to play this sport. The youth gets motivated when they see players wearing Indian jerseys, it motivates us to play more and better. ' said Salman Nissar, a hockey player.

While this will be the only international hockey stadium in the Kashmir valley, this also is the first big sports investment that the government has made in south Kashmir. To make sure that Kashmir produces hockey players of international repute.