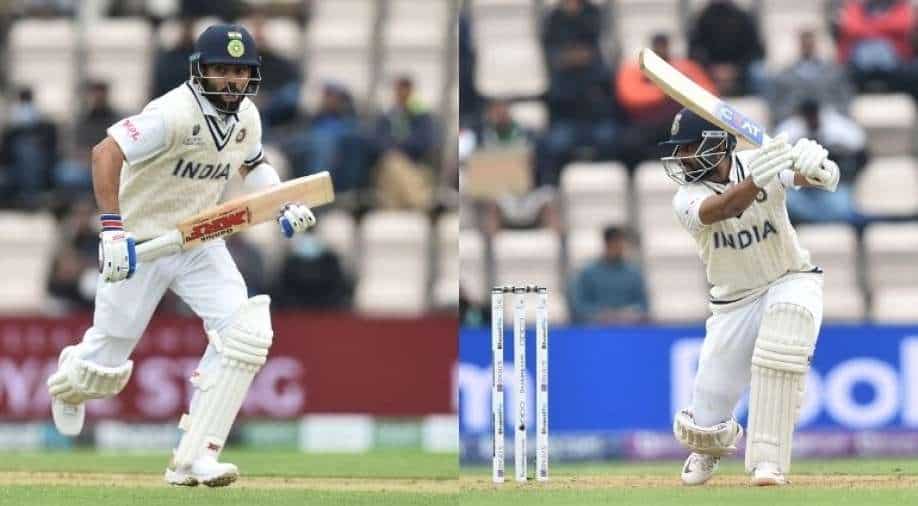 Despite conditions being a test for the batsman, Indian openers Rohit Sharma and Shubman Gill provided a strong start to the Men in Blue.

World Test Championship final finally kicked off on Day 2 after the first Day was abandoned without play due to a heavy downpour. However, the toss was underway on the second day and New Zealand skipper Kane Williamson won the toss and decided to field first as he felt that the overcast conditions will favour their star seamers.

Despite conditions being a test for the batsman, Indian openers Rohit Sharma and Shubman Gill provided a strong start to the Men in Blue.

The first hour of the match went in India's favour, but two wickets of Sharma and Gill brought New Zealand back in the game by the end of the first session.

Cheteshwar Pujara's resistance against Kiwi pacers did not last long as the batsman departed at 8 runs after being lbw by Trent Boult.

However, Indian skipper Virat Kohli and vice-captain Ajinkya Rahane held the team intact as they put on an unbeaten 58-run stand. Team India were 146/3 before stumps was called due to poor light.

Huge halts due to bad lights and poor weather conditions forced the match day to be cut short midway. However, Team India have batted really well after losing the toss in bowler-friendly conditions.