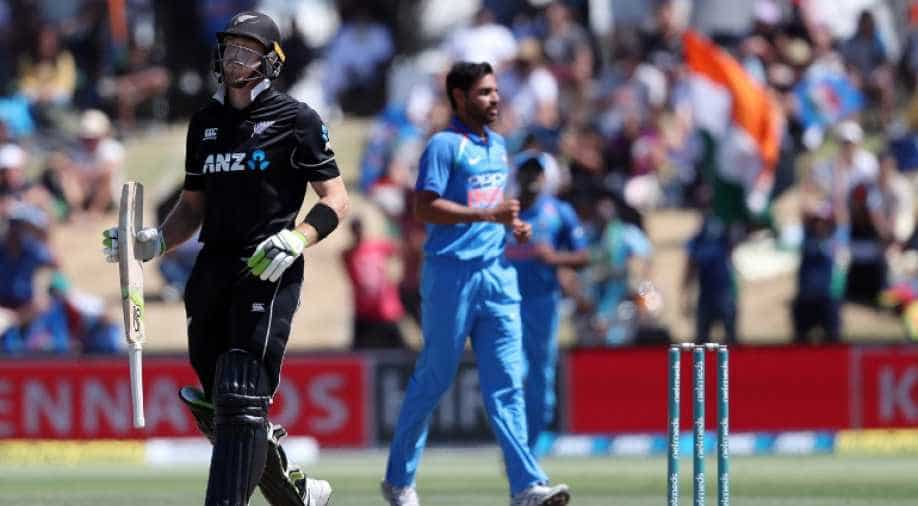 Bhuvneshwar first dismissed Martin Guptill for 14 and later picked up the wicket of Kiwi skipper Kane Williamson for 11.

Bhuvneshwar first dismissed Martin Guptill for 14 and later picked up the wicket of Kiwi skipper Kane Williamson for 11.

India were all out for 92 in the fourth ODI at Seddon Park, Hamilton. The Lower batting order played a better game than the top players as they saved India's pride by taking them past their lowest ever total of 54 runs at Sharjah in 2000.