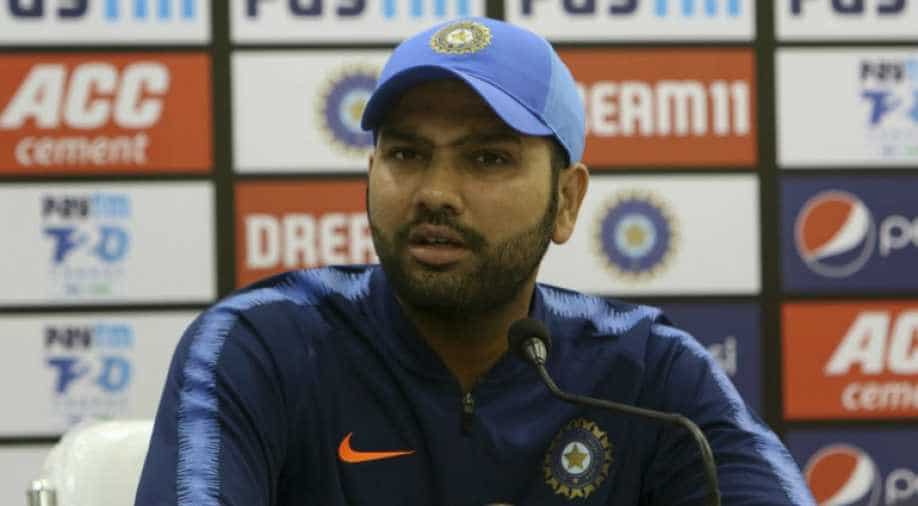 The right-handed batsman said dominating the bowler was his plan on this turning track in Chennai.

India opening batsman Rohit Sharma, who played a sensational knock on the opening day of the second Test, said he knew about the turning nature of the wicket and was mentally prepared to face the bowlers on the track.

Rohit hit a brilliant 161 studded with 18 fours and two sixes and stitched a crucial partnership with vice-captain Ajinkya Rahane. The duo added 162 runs for the fourth wicket before Moeen dismissed Rohit in the 73rd over.

The right-handed batsman said dominating the bowler was his plan on this turning track in Chennai.

"We knew about how the pitch was prepared. We knew it was gonna turn and so we had a good few training sessions before the game began and we trained according to what we were going to expect in the middle," said Rohit in the virtual press conference on Saturday.

"So basically using you feat a lot more, making sure you sweep the ball and those kinds of things when you play on turning pitches. You gotta be proactive. You should be on top of the bowler making sure you are ahead of him was very crucial," he added.

India lost three wickets in the first session but Rohit displayed a solid batting performance hammering bowlers all around the ground for boundaries.

"So little adjustment based on that and understanding if the ball is turning how big is the turn whether it is bouncing or whether it is keeping low. Those were the things that I was thinking about before playing any shot," said Rohit.

"So yeah, mentally before the game I was prepared of what I will be facing the ones I get in and I think the preparation really helped in terms of getting out there and playing shots," he added.

Three Indian wickets in the final hour of play tipped the opening day of the second Test slightly in favour of England after Rohit`s sensational knock had set the India innings up on Saturday. India lost Rohit (161), Ajinkya Rahane (67), and Ravichandran Ashwin (15) in the final hour of the play. At stumps, India`s score reads 300/6 with Rishabh Pant and Axar Patel unbeaten at 33 and five runs respectively.