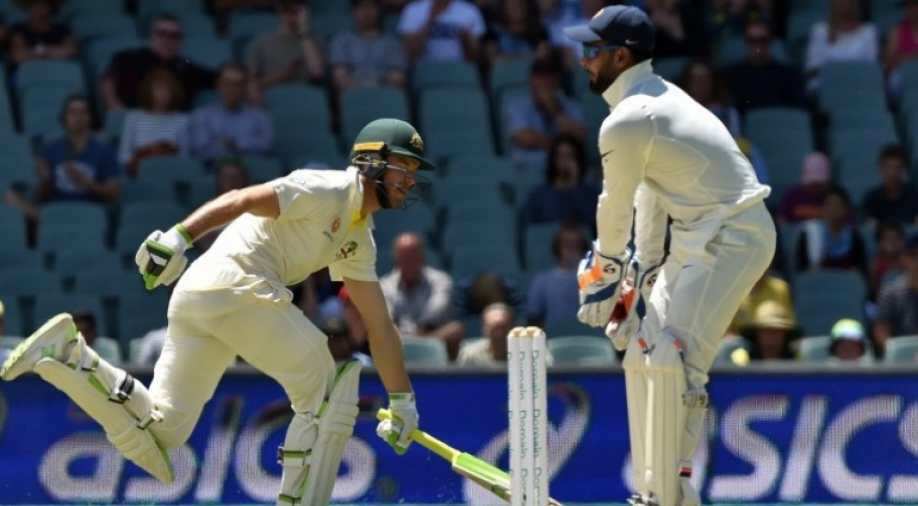 Australia's batsman Tim Paine (L) runs back to the crease to avoid a run-out as Indian wicketkeeper Rishabh Pant looks on. Photograph:( AFP )

Resuming the game at 104 for four, Australia lost two wickets so far- one of settled Shaun Marsh for 60 and other of Travis Head for just 14 runs.

With four players in hand, Australia need 137 more runs to win the first Test match against India, as the hosts managed to score 186 for six at lunch on the fifth and final day of the game at Adelaide Oval

Resuming the game at 104 for four, Australia lost two wickets - one of settled Shaun Marsh for 60 and other of Travis Head for just 14 runs.

However, Paine is playing at 40 and has Pat Cummins at the other end.