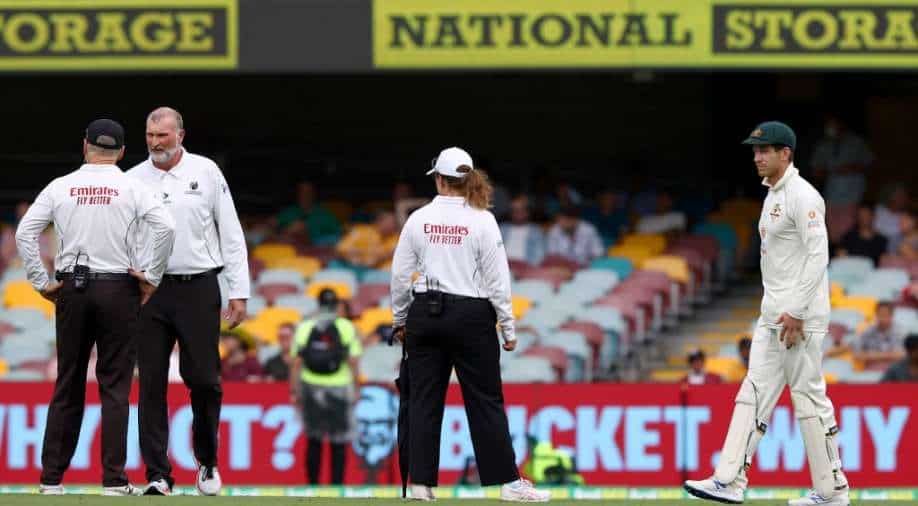 India will begin the Day 3 with eight wickets in hand with the team's most set batsmen on the crease.

Thunderstorm played a spoiled sport as the third session of Day 2 was abandoned due to wet outfield, with India 62 for two in reply to Australia's first innings 369 in the series-decider at the Gabba on Saturday.

Australians began the day on high with skipper Tim Paine scoring a half-century and taking the team past 300-mark. However, Indian bowlers bounced back and reduced the host to 315/8. But, a quickfire 49-run partnership between Nathan Lyon and Mitchell Starc powered Australia to 369. T Natarajan, Shardul Thakur and Washington Sundar got three wickets apiece, whereas, Mohammed Siraj got a sole wicket of dangerman David Warner.

In reply, Shubman Gill and Rohit Sharma opened the innings for India. However, the hosts faced a quick setback as Gill lost his wicket to Pat Cummins. Rohit Sharma and Cheteshwar Pujara stitched a 49-run partnership to stabilise the innings. Sharma then got out to Nathan Lyon, handing the spinner 397th Test wicket. Skipper Ajinkya Rahane and Pujara remained on the crease till tea was called. However, the session was delayed due to heavy thunderstorm resulting in the wet outfield which forced the umpires to conclude the day. India are 307 runs behind the Aussies and are need to long innings to be in the match.

India will begin the Day 3 with eight wickets in hand with the team's most set batsmen on the crease.

The series is currently levelled at 1-1 and the match will decide the fate of the Border-Gavaskar trophy.