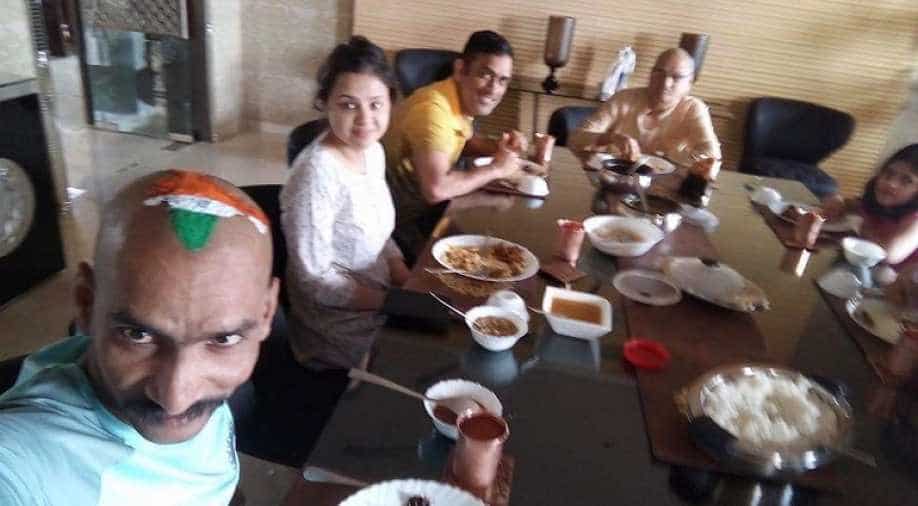 No India cricket match actually begins till he blows his conch. No Indian century celebration is complete without him waving the tricolour incessantly.

His life revolves around the cricket stadiums and the Indian cricket team players.

The love is not one sided. Even the players respect his love for the game and leave no occasion to award him for his dedication in their own way.

Likewise, the 'super fan' Gautam was invited by the former India skipper Mahendra Singh Dhoni at his farmhouse for lunch.

A jubilant Gautam shared pictures with captain cool and his family on his Twitter.

Dhoni is currently back in his hometown Ranchi after leading the Chennai to IPL success.

He will be back on the pitch when India take on Ireland in a two-match T20I series which would be followed by the tour of England for three T20Is, five ODIs and five Tests.