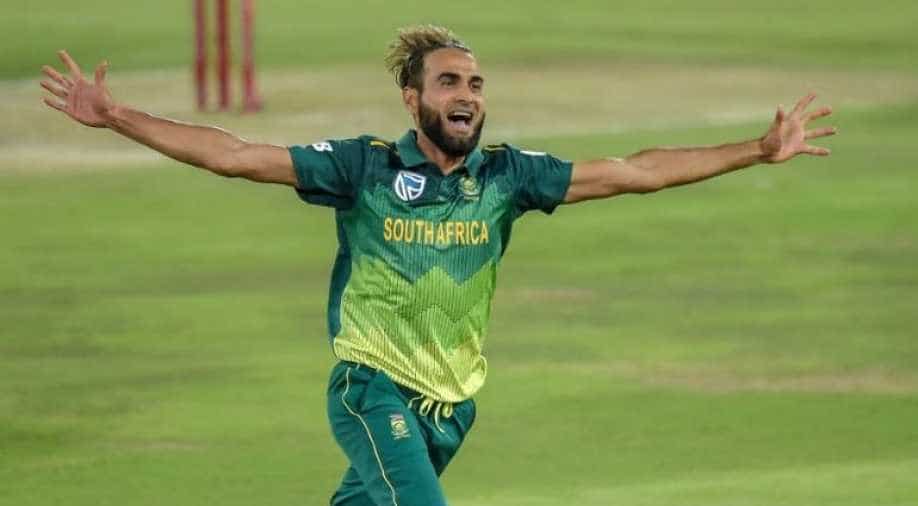 South African bowler Imran Tahir scripted history as he became the first spinner to bowl the first over in a Cricket World Cup match.

He created another record of becoming the oldest South African to play in a World Cup match. He is 40 years and 64 days old.

After South Africa elected to bowl first after winning the toss during the tournament-opener against hosts England on Thursday at the Oval stadium.

Skipper Faf du Plessis decided to go with the experienced spinner and Tahir didn't disappoint as he dismissed England opener Jonny Bairstow (0) on the second ball.

Tahir went on to take another crucial wicket of England captain Eoin Morgan, who scored 57 runs off 60 balls.

Previously, in the 1992 World Cup, New Zealand off-spinner Dipak Patel had bowled the second over during a match against Australia.