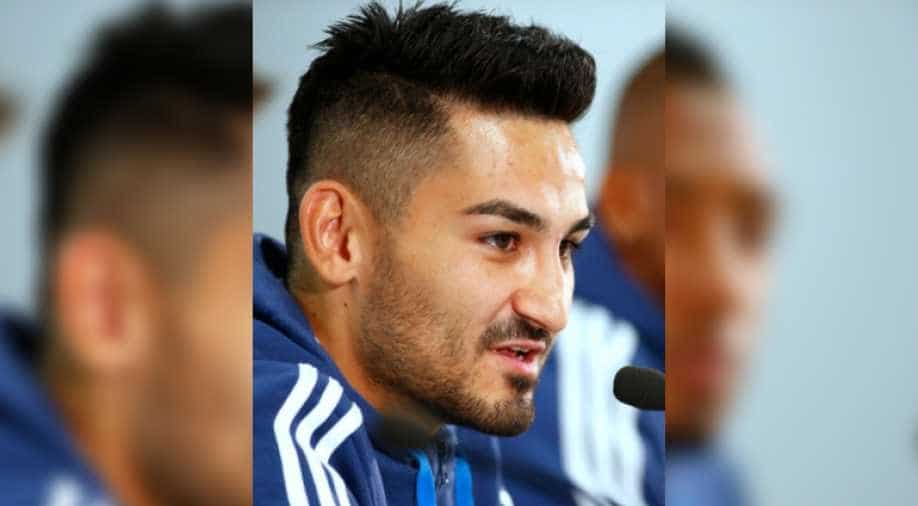 Sterling was shouted at by supporters behind the goal in City's 2-0 Premier League defeat last Saturday and Chelsea later banned four fans from matches pending a police investigation.

The alleged racist abuse of Manchester City's Raheem Sterling by Chelsea fans has rekindled bitter memories for his club mate Ilkay Guendogan, who suffered similar treatment during the World Cup earlier this year.

Sterling was shouted at by supporters behind the goal in City's 2-0 Premier League defeat last Saturday and Chelsea later banned four fans from matches pending a police investigation.

Guendogan, who is of Turkish descent, said he can empathise, having faced jeers in warm-up games ahead of the World Cup after he and former international team mate Mesut Ozil were photographed with Turkish President Tayyip Erdogan.

Ozil quit international soccer in July following Germany's group-stage exit in Russia citing "racism and disrespect", but Guendogan has continued to play for the national team.

"It's not easy because I lived it in the summer as well. I know how that feels and it hurts," Guendogan told reporters.

"This is obviously something that doesn't belong anywhere in the world ... we have no other choice but to stay strong and try to go through that period and try to do our best on the pitch. Yeah, to keep being successful, that's what matters."

Sterling, however, did not take the alleged abuse lying down and posted a statement on Instagram last Sunday in which he said newspapers were fuelling racism in soccer due to their negative portrayal of young black players.

His comments were echoed by the Professional Footballers' Association and former players.

"I think he (Sterling) got a lot of support this week," Guendogan said. "I think the way Chelsea reacted was good.

"It's something we all have to fight."