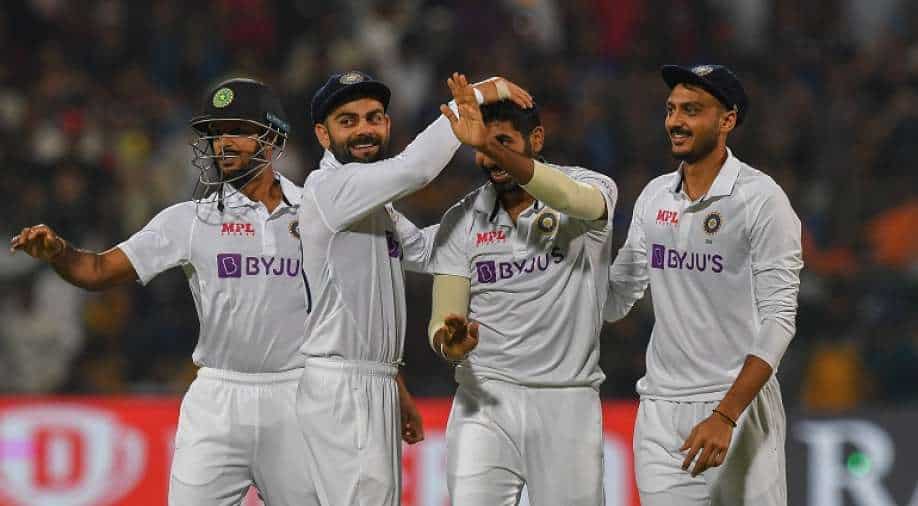 Former captain Kohli, who continued his struggle with the bat and could not convert his starts, dropped four places, but managed to remain inside the top-10 just ahead of Rishabh Pant who remained static at 10th.

ALSO READ: WIvENG: When and where to watch West Indies vs England 2nd Test match - IST time and streaming details

Kohli scored 45 in the opening Test in Mohali, while in the second Test he had scores of 23 and 13. He is yet to score a century since his 136 against Bangladesh in November 2019.

India skipper Rohit Sharma, however, held on to his sixth position to be the best-placed Indian in the batting charts.

The in-form Shreyas Iyer was rewarded for his match-winning 92 and 67 against Sri Lanka as he took a giant leap, advancing 40 spots to be on 37th position in the batting chart.

Sri Lanka Test captain Dimuth Karunaratne jumped up to a career-best No 3 after his fighting 107 in the second innings in Bangalore.

In the all-rounders' table, Ravindra Jadeja was displaced from the No.1 position as West Indies' Jason Holder reclaimed the top spot.

Jadeja had risen to No 1 after his 175 not out and nine wickets in the Mohali Test earlier this month.

In the bowlers' ranking, Mohammed Shami climbed up a spot to displace fellow countryman Ravindra Jadeja to 17th. Pat Cummins, Ashwin and Kagiso Rabada have retained the top three spots among the bowlers.