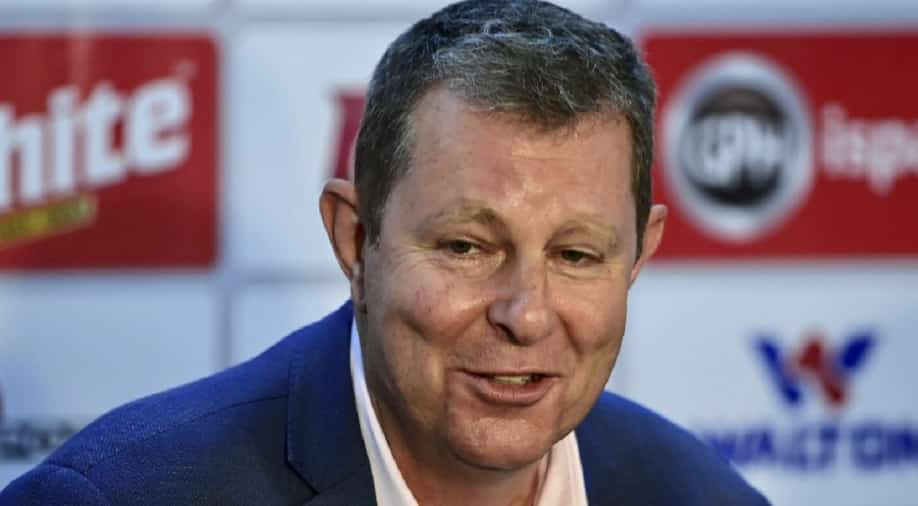 ICC chairman Greg Barclay has painted a grim future for Test cricket, warning that the longest format might see a reduction due to the growth of T20 cricket.

The ever-increasing domestic T20 leagues are squeezing bilateral ties and Test cricket runs the risk of witnessing a reduction in its volume in a decade's time, warns ICC chairman Greg Barclay. Barclay, who was appointed as ICC chair in November 2020, said the world body will face a serious challenge in deciding the next Future Tours Program starting next year.

"There is a men's and women's event every year and the growth of domestic leagues are forcing things from the bottom and ... What is getting squeezed is bilateral cricket and so we are trying to fit everything in," Barclay told BBC's Test Match Special during the ongoing first game of the three-match series between England and New Zealand at Lord's.

"There will be some unfortunate consequences from a playing experience and a revenue point of view for some of those countries who won't get the amount of cricket they might hope to have and they won't get exposure, particularly against India and to a lesser extent Australia and England. So we will see a squeeze.

"In 10-15 years time I still see Test cricket being an integral part (of the game), it may be that there is less of it," he added.

Also Read: Gambhir on working in IPL despite being an MP: I feed 5,000 people every month from my own pocket

Barclay hinted that the "big three" of world cricket -- India, Australia and England -- will be largely unaffected by the adjustments in Test cricket.

"Some countries may have to make room and play less Test cricket. Some of the smaller full members will have to accept that they can't play the amount of Test cricket that they wanted to, so we may see a lessening of that - four or five a year - whereas England, Australia and India, I think, will be playing Test cricket as they are now."

The ICC chair, however, doesn't see the longer format evolving in women's cricket at a significant pace.

"That's not to say that those countries that choose to play Test cricket - Australia and England - who provide that to the women can't do so, but I don't see it as part of the landscape moving forward to any real extent at all."

The Kiwi feels white-ball cricket is the future due to its popularity among fans and broadcasters.

"If you look at strategically the way that cricket is going, there's no doubt that white-ball cricket, short-form cricket, is the way of the future.

"That's the game that's sought after by fans, that's where the broadcasters are putting their resource, it's what's driving the money," Barclay concluded.