Gautam Gambhir on working in IPL despite being an MP: I feed 5,000 people every month from my own pocket 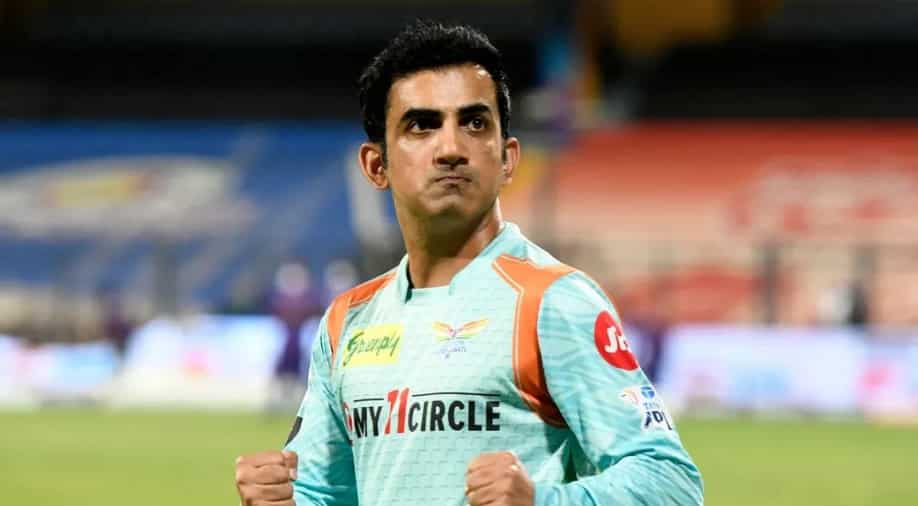 Gautam Gambhir was the mentor of Lucknow Super Giants in IPL 2022. | Photo - IPL | Photograph:( Others )

Former India cricketer and BJP MP Gautam Gambhir was recently asked why he works actively in the Indian Premier League (IPL) when he is an active politician. He came up with a befitting reply.

Former India cricketer Gautam Gambhir came up with a befitting reply after he was asked about working in the Indian Premier League (IPL) despite being an acting MP (Member of Parliament). The cricketer-turned-politician is a Bhartiya Janata Party (BJP) MP from the East Delhi constituency and has been working for the welfare of the people in his constituency by providing them with several facilities. However, Gambhir has often been questioned for juggling between politics and cricket.

Despite switching his career to politics and being an acting MP, Gambhir has not entirely stayed away from cricket. He has worked as a commentator and an expert in various tournaments in the past and was Lucknow Super Giants (LSG)'s mentor during the recently-concluded Indian Premier League (IPL) 2022.

During a press conference on BJP's 8 years in power in India, Gambhir was asked about his jobs in cricket despite being an active politician now. The former India cricketer came up with a befitting reply and pointed out how he feeds 5,000 people every month through his NGO in Delhi and has also set up a library worth Rs 25 lakh (INR 2.5 million) in his constituency.

Gambhir has set up a kitchen in Delhi's Gandhi Nagar where the poor and needy can get meals at the cost of just Rs 1. Thousands of people get affordable meals from his kitchen every month. Gambhir said he pays for all of it from his own pocket and is not ashamed of working despite being a politician.

“Why I commentate in IPL or work in it is because I spend INR 25 lakh (INR 2.5 million) every month to feed 5000 people. This translates to roughly 2.75 crore (INR 27.5 million) per year. I've also spent INR 25 lakh to build a library," Gambhir said during the press conference.

“I spend all of this money from my own pocket and not from the MPLAD fund. The MPLAD fund doesn't run my kitchen or other things that I do. I don't have a tree in my house from where I can pluck money either.

Only because I work, am I able to feed those 5000 people or establish that library. I have no shame in saying that I do commentary and work in the IPL. All of this that I do has an ultimate goal,” he added.

One of the most successful cricketers to have played for India, Gambhir was part of India's 2007 T20 World Cup and 2011 ODI World Cup-winning teams. He served as a mentor for debutants Lucknow Super Giants in IPL 2022 this year and helped the team reach the playoffs in their debut campaign.