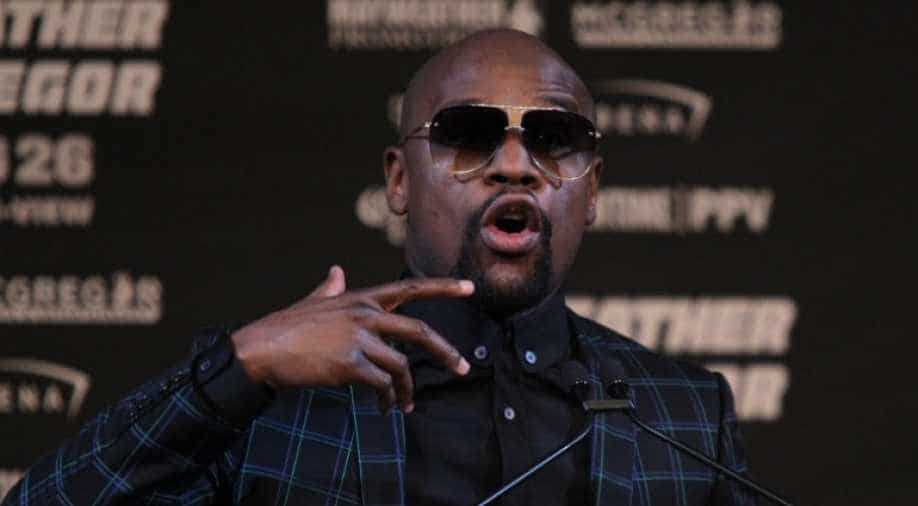 The boxer allegedly left a fan bitterly disappointed by refusing to pose for a photo - due to the male teen wearing nail polish.

The famed boxer Floyd Mayweather, 44, was filmed refusing to pose for a photo with a teenage lad, ostensibly due to his painted nails.

The event, which occurred after the end of an NBA game in Los Angeles on Saturday, was captured on film by TMZ.

In the video, a male fan approaches Mayweather and requests a photo with him.

"You've got painted nails," the boxing star says, dismissing him. "I don't take photographs with individuals who have painted nails."

Before the youngster switches the camera to selfie mode and states: "Floyd is an outspoken homophobe.You guys were the first to notice it.Floyd refuses to take a picture with me because I have painted nails.Really, bro?"

Floyd Mayweather refused to take a pic with this young fan and mentioned his painted nails Via @TMZ pic.twitter.com/VagslIc2t7

When contacted by TMZ for comment on Tuesday, Mayweather's attorney flatly refuted any homophobic charges.

According to the representative, the ex-boxer was merely in a rush to get out of the NBA game.

However, eyewitnesses informed the magazine that around the same time, Mayweather was joyfully posing for selfies with other supporters.

In 2017, Mayweather made news for uttering a homophobic slur.