'I am sure...': Dale Steyn responds after fan says Mumbai Indians pacer Jasprit Bumrah is better than him 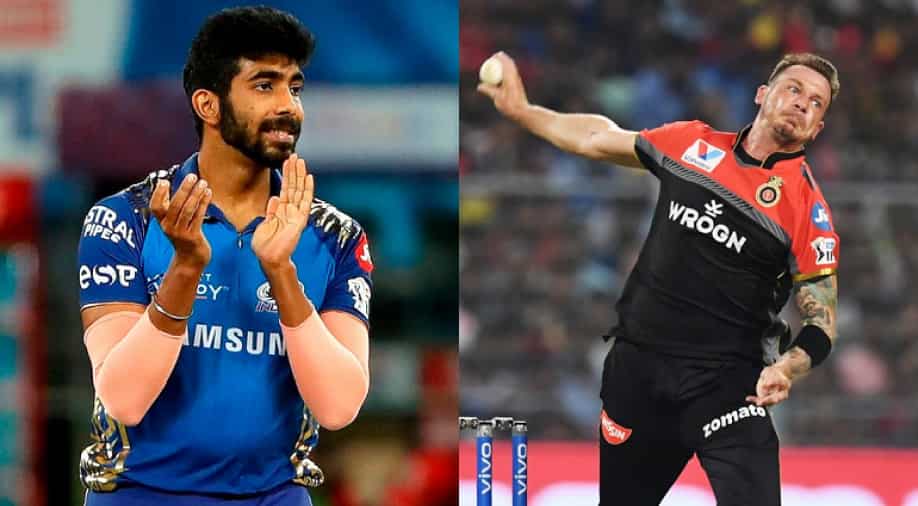 Several current fast bowlers have often earned comparisons with Steyn for their heroics in the game at present. Indian pacer Jasprit Bumrah, who is one of the best in the business at the moment, was recently compared to Steyn by a fan on Twitter. Responding to Steyn's latest tweet, a fan called Bumrah a better bowler than the South African legend.

Steyn was quick to reply to the fan and came up with a fitting response. "I'm sure he is, I’m retired," the South African legend wrote. Steyn retired from all forms of cricket in 2021. He had parted ways from Test cricket back in 2019 and was part of South Africa's squad for the 2019 ODI World Cup but ended up missing the tournament due to an injury.

Im sure he is, I’m retired.

Bumrah, who made his international debut for India in the year 2016, has been a prolific wicket-taker for the national team across all formats. He has grown in stature with his bowling heroics as his pace and ability to nail yorkers at will make him stand out.

Also Read: Manjrekar explains why Rohit should have left captaincy before IPL 2022, names his replacement

The right-arm fast bowler has been a regular for India across all formats and has been delivering consistent performances with the ball. Bumrah is currently in action for Mumbai Indians in the ongoing Indian Premier League (IPL) 2022 and has not managed to make an impressive start.

Bumrah has managed to pick up only three wickets in Mumbai Indians' first four games this season, going wicket-less in as many as three matches so far. Bumrah's struggles have also seen Mumbai Indians falter as the four-time champions are yet to win their first game in the tournament.