'How will you do Kapil Dev's action?': Ranveer recalls interaction with Sachin, Hardik during 83 training 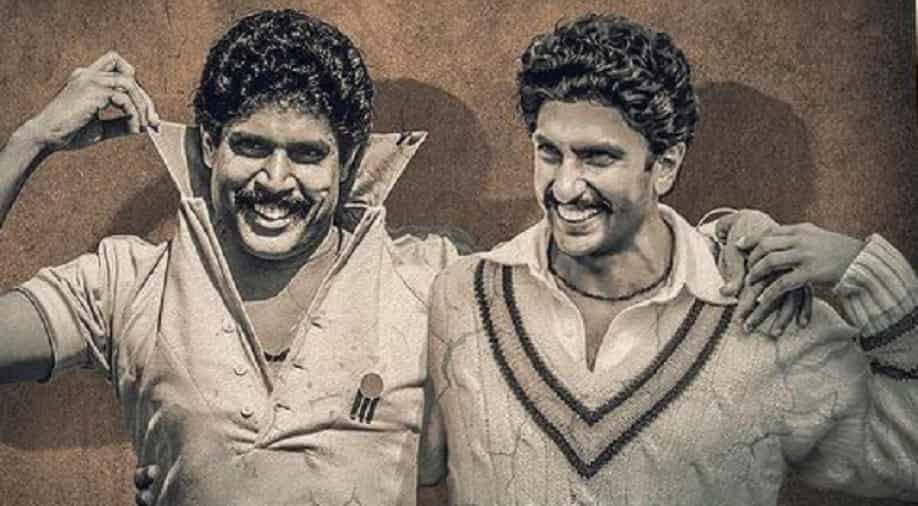 Bollywood star Ranveer Singh recalled how it was tough for him to replicate the legendary Kapil Dev's action for 83 the movie.

Ranveer Singh has bowled over cricket fans across the nation with his perfect portrayal of Kapil Dev's character in the superhit movie '83' which has been garnering praise from all corners. Ranveer's performance in the film has been lauded by many as the star actor has left no stone unturned in ensuring he matches the legendary former India captain's enigma on the screen.

Ranveer trained for over six months with his coach Rajeev Mehra to ensure he can replicate Kapil's batting antics and bowling action to perfection in the film. Ahead of the release of the blockbuster film, the actor had revealed copying Kapil's unique bowling action was the most difficult part of his preparations.

Kapil was blessed with an iconic bowling action which made him an ace fast bowler for India. Known as the Haryana Hurricane, the former India captain got the better of some of the best batters of the era during his playing days and is the country's second-highest wicket-taker in Tests.

Ranveer recalled how he had met the likes of cricket legend Sachin Tendulkar and present Indian cricket team star Hardik Pandya to speak to them about the film and both had warned him that it won't be easy to replicate Kapil's bowling action on screen.

"For a number of weeks, I was not able to make any headway. He has this unique bio-mechanics. He can only bowl the way he bowls. You name it, Sachin Tendulkar, Hardik Pandya... whoever I met is telling me 'How are you going to do the action?'," Ranveer had said.

Besides Ranveer, '83' features a star-studded cast consisting of the likes of Deepika Padukone, Hardy Sandhu, Saqib Saleem, and Jatin Sarna among others, all of whom have played their respective characters to perfection. Veteran actors like Pankaj Tripathi and Boman Irani are also part of the sports drama based on India's 1983 World Cup triumph.

The film captures some of the never-heard anecdotes and incidents related to India's journey to their maiden World Cup crown where the underdogs beat the mighty West Indies to defy all the odds and return home victorious.