'Honoured and humbled': Indian woman triathlete Vasu Primlani on featuring on US magazine 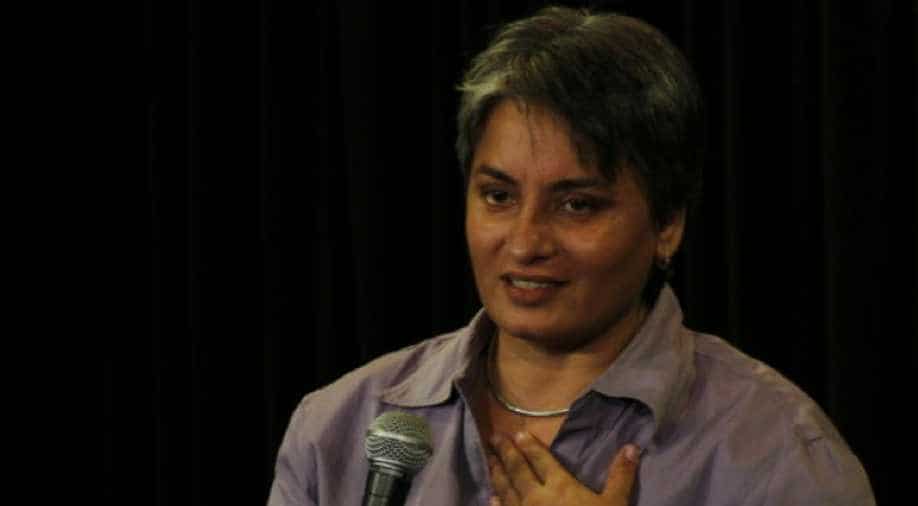 It is not every day an Indian woman triathlete finds her way to the cover of a renowned US magazine. On a day when that happens it is obvious that we cannot keep our calm. And we should not. As an Indian, as a woman we have reasons galore to celebrate her. And we must.

It was an enriching experience to catch up with Vasu Primlani, who plays the role of a comedian, an actor, a professor, a somatic therapist, an environmentalist and of course a triathlete with such panache that is awe inspiring.

On June 5, Primlani added a new feather in her cap. She featured on the cover of Triathlete, the US magazine.

Primlani feels honoured and humbled, all at once. Has it sunk in, this joy of putting in every bit of herself into something so challenging and emerging victorious, you wonder.

"Oh it's amazing! To be on the cover of a magazine is awesome already, and to have been 'found' from the US is incredible! To stand on the cover with previous cover stories of world champions is such an honour! I am very humbled."

With childlike enthusiasm she reveals how happy she is that her posture on cover shot came out so well. Her only regret is her father is not around to witness her moment in the sun.

The journey has been demanding and exhausting. But she would not have it any other way.

Being a triathlete has been "less a sport and more a lifestyle" for her. "Once you take it up, we seldom give it up," she says. It has been 11 years now that she has been a triathlete, yet she vividly remembers her first competition. "My first triathlon was level 2 of triathlons: the Olympic distance, in Miami. I was petrified! I had just taught myself to swim freestyle, and here I was, about to swim in the ocean where sharks are known to feed!" she recounts.

How does she train to build the stamina that is a primary requirement to swim, run and cycle back to back without a break? She explains, "You have to train in six disciplines, really. Three are the sport disciplines of a triathlon: Swimming, running, and cycling. Fourth: core strength. Fifth: Fuel and hydration. Sixth: Recovery. If we don't recover from training, we'll build fatigue to the point of injury.

"Athletes respect their bodies. As triathletes, we worship our bodies," she says.

The competitions are tough. "Generally, you are supposed to finish the Ironman within 17 hours. Imagine swimming, biking and running nonstop for 16-17 hours."

Discipline is her mantra. She knows staying extremely fit is the only way for a triathlete.

It is even harder for Primlani because she must accommodate her other career commitments. "For me, it's hard, particularly when I have to travel to do shows, or my shows get over at midnight, then I have to get up at 3am to train. Two weeks ago, I performed in Assam, and ran 11km right before the show to get some training in."

Where does she draw her strength from? How does she fight her exhaustion? What keeps her going?

Primlani guesses the probable questions and flashes a knowing smile. "We make keeping our bodies uncomfortable a habit," she notes.

"Women generally have better endurance than men," says Primlani. However, she is not oblivious to the challenges that women training in this discipline face in India.  "Think of how many women you have seen cycling anywhere in Delhi - to work or otherwise. They are just not allowed by their families, or it is considered too dangerous," she says. "They'll try to run you off the road, run you over for laughs - they have no respect for cyclists in India."

There are very few women triathletes in India and she therefore feels the overwhelming need to support her fellow triathletes. "Last year I was defeated in Delhi by a woman who was half my age, and twice as fast as me! She's a national champion, and I am so proud of her," she notes, revealing the sportsman spirit ingrained in her.

She feels inspired by everyone who has taken limitations in their stride and moved forward to face life head on.

"Take Dick Hoyt. He had a son who was unable to walk when born. When the son was young, he said 'dad I want to participate in a race' so his dad pushed his son in front of him in a wheelchair for 5km. When the son got older, he said 'dad I want to take part in the Ironman' so, his father put his son in a raft, tied the raft to his waist, and swam 3.9km. Then he carried his son to a specially designed bike and pulled him along for 180km. Then he pushed his son ahead of him for 42km. When Dick was asked, why don't you leave your son behind? He said 'Never'. He was the reason I took up this sport. I wouldn't know what to do with my arms."

Primlani is proud of what she has achieved but, in her head, she has bigger plans. "I want to complete the full Ironman: 3.9km swim, 180km bike ride, 42km run within 16 hours."

Among other things, being a triathlete has taught her to aim for the impossible and stick to her commitment to improvement.

She signs off with her message for youngsters on fitness and building stamina: "Fitness is an endurance sport - one step at a time. It's not an overnight achievement. And wherever it lands you, even an inch of improvement is success. Your job is to be gentle with your body, to respect it."