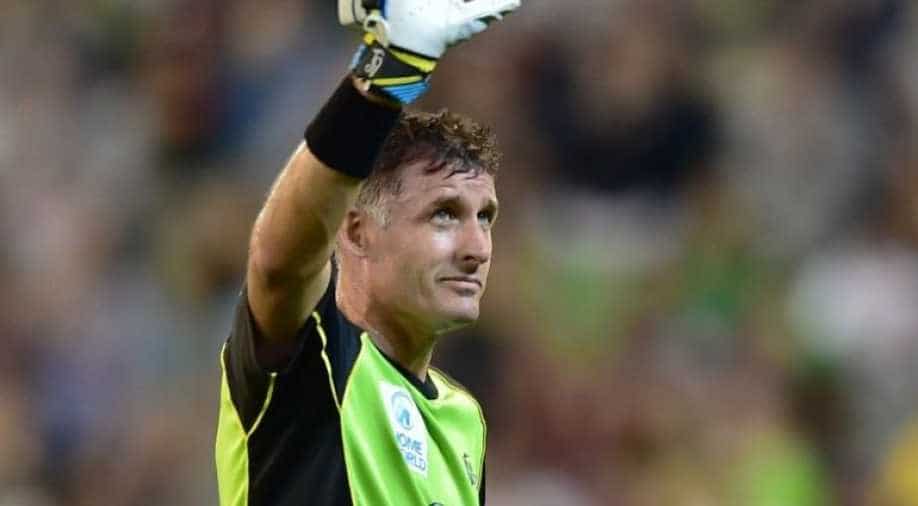 The Indian cricket board (BCCI) has called for a Special General Meeting (SGM) that will be conducted virtually on May 29 ahead of the meeting with ICC (that is on June 1).

Former Australian batsman Michael Hussey feels that it would be difficult to play T20 World Cup in India this year due to the raging COVID-19 crisis that is wreaking havoc across the nation.

ALSO READ: 'Root will be enjoying this': Michael Vaughan on Cameron Bancroft's statement over Sandpaper gate

"I think it's going to be very difficult in my view to play T20 World Cup in India. We're talking about eight teams in the IPL. I think there are probably a similar number, maybe more teams coming in from overseas for the T20 World Cup, there'd be more venues. As I said earlier, if they're playing in different cities, that is when the risk goes up," Hussey told Fox Cricket.

"I think they'll have to look some pretty big contingency plans, perhaps looking at the UAE or somewhere like that that could host the World T20. I think there will be a lot of cricket boards around the world that'd be pretty nervous about going back to India for a cricket tournament," he added.

Mike Hussey was part of the Indian Premier League 2021, which later was suspended due to a surge in cases inside the bio-secure bubble. The CSK batting coach himself tested positive for the virus, however, he has recovered and has returned to Australia.

The Indian cricket board (BCCI) has called for a Special General Meeting (SGM) that will be conducted virtually on May 29 ahead of the meeting with ICC (that is on June 1).

"The ICC will have the meeting on June 1 and before that, we will have our own meeting on May 29 to discuss the COVID-19 situation and what all measures need to be taken with an eye on the T20 World Cup which is slated to be held in India in October-November," the source told ANI.