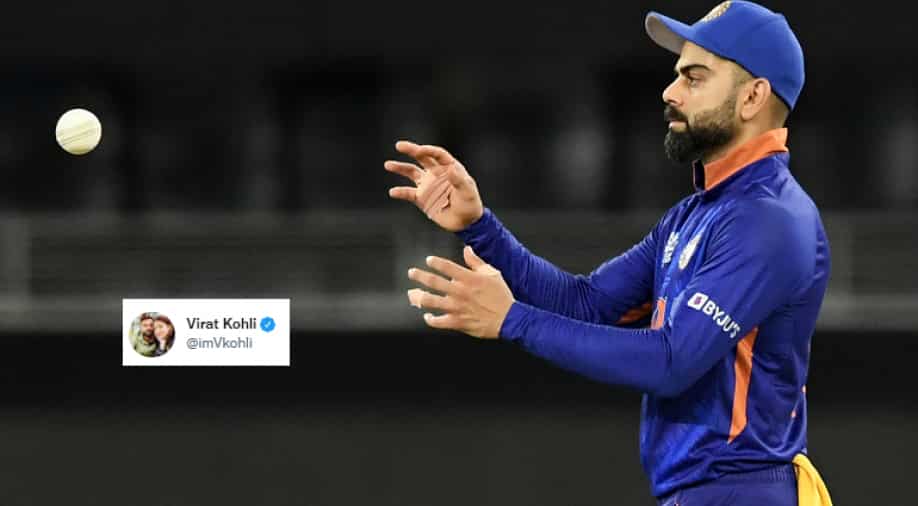 One of Indian cricket team captain Virat Kohli's old tweets has gone viral after his team's 8-wicket defeat at the hands of New Zealand in the T20 World Cup 2021 on Sunday.

Virat Kohli-led India's chances of making it to the top four look bleak in the ongoing T20 World Cup 2021 after their eight-wicket defeat against New Zealand in Dubai on Sunday (October 31). India have now lost their first two matches in the Super 12 in a row and are yet to open their win account at the showpiece event.

The Men in Blue suffered a crushing ten-wicket defeat at the hands of Pakistan in their opening game before going down against the Kiwis in the next encounter. The defeat against New Zealand has pushed India to the brink of elimination from the tournament.

In the aftermath of Kohli-led India's defeat, an old tweet of the Indian captain is going viral on social media. The tweet dates back to January 2011 where Kohli had expressed his disappointment over a loss and said he was going home. The tweet has been doing the rounds on social media ever since India's 8-wicket loss against New Zealand on Sunday.

“Sad for the loss going home now," Kohli had tweeted.

Asked to bat first, Indis got off to a shaky start against New Zealand as Ishan Kishan replaced Rohit Sharma to open the innings with KL Rahul. The move didn't work for India as Kishan was dismissed after scoring only 4 runs off 8 balls.

Rohit then came out to bat at no.3 and was dropped on the very first ball. The Hitman too couldn't make an impact and was sent back cheaply after scoring 14 off 14 balls. The likes of KL Rahul (18) and skipper Kohli (9) were also dismissed cheaply as India could only manage to post 110 runs on the board in 20 overs.

New Zealand chased down the paltry target of 111 runs inside 14.3 overs to register a comfortable victory by eight wickets and grab their first win in the tournament. India, on the other hand, are winless after their first two games and will need a miracle to qualify for the semi-finals.