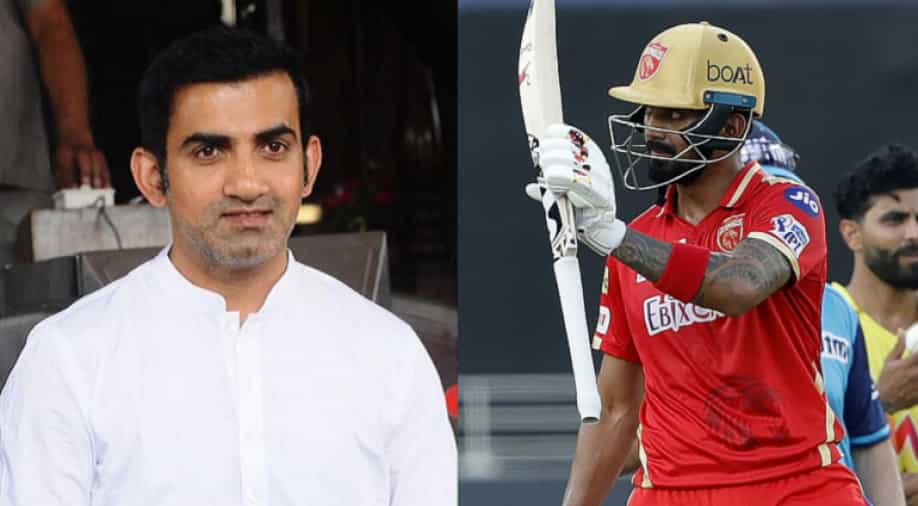 Gautam Gambhir, who has been appointed as the mentor of the Lucknow IPL team, explained why the franchise picked KL Rahul for a whopping sum of Rs 17 crore (INR 170 million) ahead of the IPL 2022 mega auction.

The Lucknow franchise, which is all set to be one of the two debutants in the Indian Premier League (IPL) this year, revealed their three draft picks ahead of the mega auction on Friday (January 21). The Lucknow IPL franchise has roped in India's limited-overs vice-captain KL Rahul along with Australian all-rounder Marcus Stoinis and young Indian spinner Ravi Bishnoi as their three draft picks heading into the auction.

Rahul was the first pick of the franchise for a whopping sum of Rs 17 crore (INR 170 million), making him the joint-highest paid player in IPL history alongside Virat Kohli, who is part of the Royal Challengers Bangalore (RCB) squad. Kohli had been retained by RCB for Rs 17 crore ahead of the IPL 2018 player auction.

While they have spent big on Rahul, who is also set to lead the team in their debut IPL season this year, the Lucknow franchise has roped in Stoinis for Rs 9.2 crore (INR 92 million) and Bishnoi for Rs 4 crore (INR 40 million). Both Rahul and Bishnoi were part of the Punjab Kings squad in IPL 2021 last year.

Explaining the reason behind Lucknow spending a big sum in securing the services of Rahul, former India opener Gautam Gambhir, who is going to be the mentor of the franchise, explained why the decision was a no-brainer. Gambhir said Rahul might be a work-in-progress as a captain but has been scoring runs consistently and also keeps wickets.

"He's a work in progress [as captain], he keeps, he opens the batting. He consistently has been a phenomenal run-scorer. And what's better than someone who gives you three things," said Gambhir speaking on Star Sports.

Also Read: Shreyas Iyer to David Warner: Full list of players with highest base price of Rs 2cr ahead of IPL mega auction

He also shared his views on the other two picks of the Lucknow franchise - Stoinis and Bishnoi. Talking about the Aussie all-rounder, Gambhir pointed out he is a great finisher and a good bowler while also being a great fielder which made him a package for the side. He stated that Bishnoi brought a unique dimension to their spin attack and is a long-term investment for the franchise.

"Marcus is a great finisher, a good bowler and a phenomenal fielder. Ravi brings a unique dimension to the spin department and is an exceptional fielder. We want players to be here for 3-4-5-6-7-8 years," said Gambhir.

While the Lucknow franchise went for Rahul, Stoinis and Bishnoi as their final three picks in the draft, the Ahmedabad IPL side has roped in star India all-rounder Hardik Pandya, Afghanistan spinner Rashid Khan and Indian batter Shubman Gill as their three picks ahead of the mega auction.