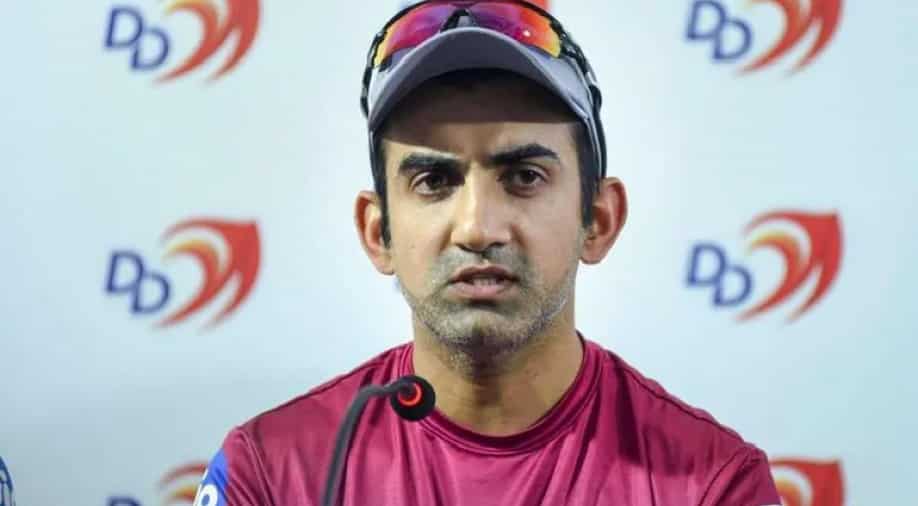 Gautam Gambhir returns to the IPL as a mentor of Lucknow franchise. Photograph:( PTI )

The Lucknow IPL franchise has appointed former India opener and two-time IPL winning captain Gautam Gambhir as the team's mentor ahead of the mega auction.

Lucknow franchise has roped in former India opener Gautam Gambhir as the mentor of the team ahead of the Indian Premier League (IPL) mega auction. The franchise had on Friday (November 17) confirmed the appointment of former Zimbabwe cricketer Andy Flower as their head coach. Lucknow is one of the two new IPL teams who are set to take part in the competition from the 2022 season.

The Lucknow franchise is owned by the Sanjiv Goenka-led RPSG Group. The Indian business conglomerate bought the franchise for a whopping INR 70.9 billion (Rs 7090 crore). The franchise is yet to be named but has already made two big announcements after the appointment of Flower and Gambhir in their respective roles.

Gambhir took to Twitter to announce his association with the Lucknow franchise and said the desire to win still burns bright inside him. Gambhir led Kolkata Knight Riders and Delhi Capitals during his playing days in the IPL and led KKR to two titles in 2012 and 2014 under his captaincy.

"Thanks a lot to Dr Goenka and the RPSG Group for presenting me this wonderful opportunity in their setup. The fire to win a contest still burns bright inside me, the desire to leave a winner's legacy still kicks me 24x7. I will not be contesting for a dressing room but for the spirit and soul of Uttar Pradesh," said the two-time IPL-winning captain.

It’s a privilege to be in the contest again. Thanks Dr.Goenka for incl me in #LucknowIPLTeam as its mentor.The fire to win still burns bright inside me, the desire to leave a winner’s legacy still kicks me. I won’t be contesting for a dressing room but for the spirit & soul of UP

"Gautam has an impeccable career record, I respect his cricketing mind and look forward to working with him," said Sanjiv Goenka as he welcomed the former Indian cricketer to the Lucknow team.

The Lucknow IPL team is reportedly set to rope in former Punjab Kings captain KL Rahul and Afghanistan spinner Rashid Khan ahead of the IPL mega auction. Rahul is likely to captain the side while Flower and Gambhir will be part of the coaching setup.