From Sochi to Beijing: Russia's tainted history of doping at Olympics 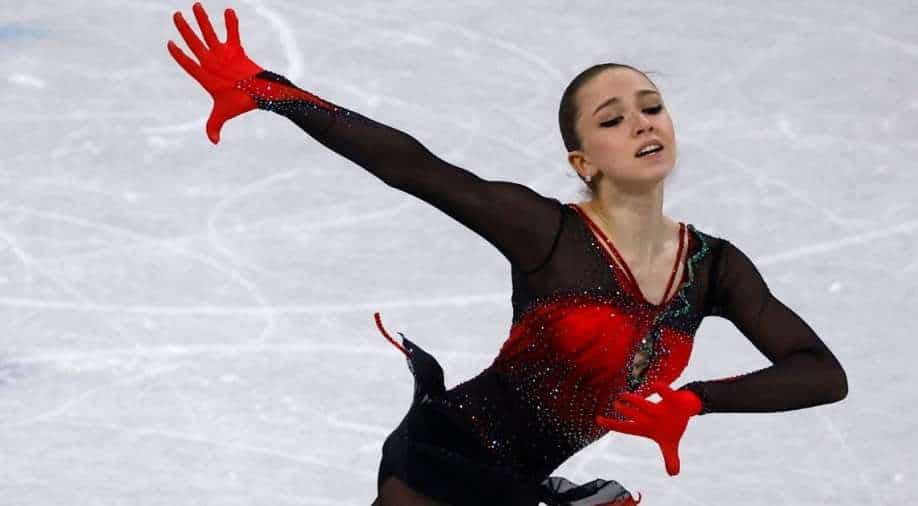 In 2019, Russia was banned from the world's top sporting events for four years, but it was later halved to two years

Russian figure skater Kamila Valieva, who was tested positive for a banned substance, was allowed to compete in the women's singles in figure skating at the Beijing Winter Olympics 2022 on Monday (February 14).

The Court of Arbitration for Sport (CAS) said it had upheld the Russian Anti-Doping Agency's decision to lift a ban on the 15-year-old Russian athlete.

Valieva was tested positive for a banned substance on December 25 and CAS cited "exceptional circumstances" for its decision to allow her to compete, including her status as a "protected person" -- in other words, a minor.

Matthieu Reeb, CAS director-general, said: "The panel considered that preventing the athlete to compete in the Olympic Games would cause her irreparable harm in these circumstances."

The US Olympic Committee said it was "disappointed" by the CAS decision. USOPC CEO Sarah Hirshland said, "We are disappointed by the message this decision sends. This appears to be another chapter in the systemic and pervasive disregard for clean sport by Russia."

Although, there is nothing conclusive on Kamila Valieva yet. However, the Western countries could press IOC to take action after further probe.

In 2014 (Feb), Russia hosted the Winter Olympics in Sochi. It was the first time Russia has hosted the Olympics since the collapse of the Soviet Union, surprising the spectators, Russia finished on top of the medal table.

In the same year (Dec), as per a German television channel ARD, reports emerged that there is corruption and "systematic doping" in Russia.

In 2015 (Nov), an independent commission set up by the World Anti-Doping Agency (WADA) and led by Dick Pound, the agency’s first president, found a "deeply rooted culture of cheating" in Russian athletics, which it said Russian state security services colluded with. It recommended that Russia be banned from international athletics.

In 2016 (May), The New York Times reported that dozens of Russian athletes who competed at the 2014 Sochi Winter Olympics, including at least 15 medal winners, were part of a state-run doping program.

In 2016 (Jul), an independent commission set up to probe the allegations in the New York Times report, led by Canadian law professor and sports lawyer Richard McLaren, revealed evidence of widespread "state-sponsored doping" by Russian athletes at the 2014 Sochi Olympics.

The report also revealed that the Russian Ministry of Sport oversaw the manipulation of athletes’ analytical results and sample swapping.

In 2017 (Aug), Russia remained barred from athletics but 19 Russian athletes were allowed to compete at the world championships in London as neutrals after being vetted by the IAAF.

In 2017 (Dec), the IOC suspended the ROC and banned the country from the Pyeongchang Winter Games the following February. However, it said it would allow Russian athletes to compete as neutrals "as long as they satisfy strict conditions that show they have a doping-free background."

In 2018 (Sept), WADA's executive committee voted to reinstate RUSADA before it had fulfilled the requirements laid out in a "Roadmap to Compliance", which included giving access to the data stored at Moscow's anti-doping laboratory.

In 2019, (Nov), a WADA compliance committee recommended that Russia receive a four-year Olympic ban as part of a sanctions package to punish Moscow for having provided the agency with doctored and incomplete laboratory data.

In 2019 (Dec), Russia was banned from the world's top sporting events for four years, including the next Summer and Winter Olympics and the 2022 soccer World Cup, for tampering with doping tests.

In 2020, (Dec), CAS upheld doping sanctions that prevent Russian athletes from competing at major international events under the country's flag, but halved the ban to two years from four. The ban ends on Dec 16, 2022.