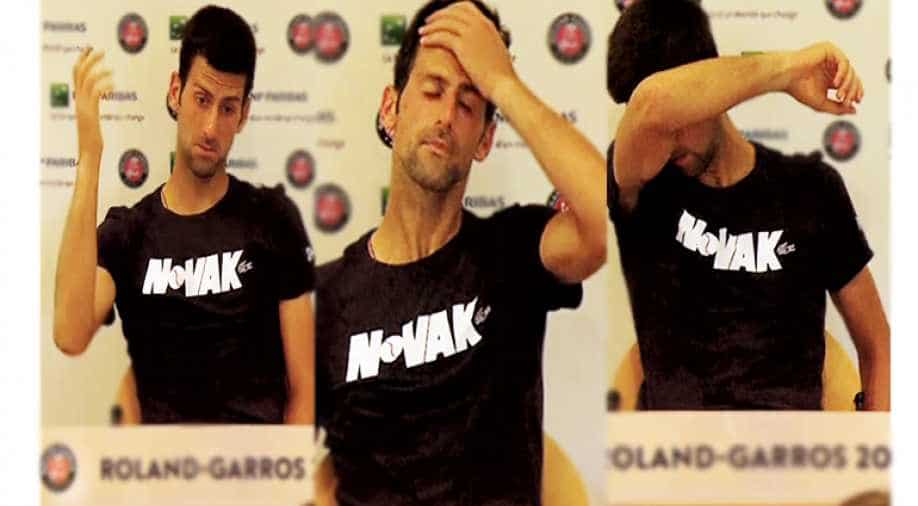 Novak Djokovic in action during his match against Rogerio Dutra Silva on day two of the 2018 French Open at Roland Garros. Photograph:( Reuters )

Novak Djokovic defeated the Jaume Munar of Spain 7-6 (7/1), 6-4, 6-4 on Court Suzanne Lenglen to enter the third round of French Open for the consecutive 13th year. Novak has been struggling with his form since he underwent surgery on his elbow after January's Australian Open. Although, he won but he was not looking comfortable on the court.

"I am very happy to be here on Suzanne Lenglen and see so many people and see the support," said Djokovic.

"Jaume is a great player, he has lots of quality and good concentration. I congratulate him on a great match today."

Earlier today, Petra Kvitova entered third round after defeating Lara Arruabarrena and world number one Simona Halep romped through the second round of Roland-Garros.